It is only through awareness programmes that the number of deceased donations can be increased. What is needed is a large scale campaign which only the government can undertake or fund. Clear messaging by the government will also add credibility to the cause. In fact all messaging in public places and hospitals in the form of standees, video spots etc. have to have the government logo along with that hospital in order to increase people’s trust.

Large-scale advertising campaigns should aim to educate people about benefits of organ donation, clearing all prevalent myths and misconceptions. The concept of brain death needs to be adequately dealt with so that organs of the deceased which can be retrieved and utilized and do not go waste.

A central organ sharing registry or a recipient registry is an absolute must, so that donated organs can be shared in a fair and transparent manner. This has already been initiated in the Transplantation of Human Organs Act, which has made a provision for the same. However there is no such system yet. Apart from a few states, there are no sharing protocols in place. This leads to unethical and unhealthy practices. Further, it leads to wastage of organs which is a shame when a family has taken a courageous decision to donate. The sharing of cost between hospitals also has to be clearly defined.

This system however will not work in the current scenario with seemingly unhealthy and negative attitudes amongst the various stakeholders. There needs to be a spirit of cooperation, sharing and the willingness to adopt from successful practices in other parts of the country.

The concerned agencies would be recommended to look into the practices and policy measures undertaken by the states such as Tamil Nadu and Maharashtra. This could enable them to build a model that could be implemented in other parts of the country as well.

It is imperative to understand and acknowledge the pivotal role that the Transplant coordinator plays in the entire process of organ donation and transplantation.

It is only when that the hospital is able to establish a personal rapport with the patient and the patient’s relatives, can they create a precondition necessary to establish talk regarding organ donation later on. The role of the Transplant Coordinator is to reach out to potential donor families and explain to them the need and importance of the act of donation. His/her task would be to facilitate and enable the retrieval of the organ from the deceased patient’s body in a smooth and quick manner so the organ does not go waste.

An increased number of Transplant Coordinators would help in creating awareness and also help in counseling the relatives to manage the system of organ donation.

Higher numbers of Transplant Coordinators are required in a public set-up as the amount of patients there are significantly higher.

Transplantation as a service should be readily available in all Government hospitals as the majority of patients go there for treatment and many cannot afford treatment at private hospitals. The Government also needs to take the necessary steps to improve the infrastructural set-up at all public hospitals to store/transport organs and train the hospital staff/personnel for organ transplantation procedures and on the subject of brain death, and how to increase awareness regarding the same.

Non-transplant hospitals need to be involved in organ retrieval

These medical centers (which have ICU’s but are not transplant centers) are crucial because a lot of accident victims are brought here for treatment. They should be geared up for brain death declaration. They need to be given an incentive to be participants in organ retrieval, and a system has to be worked out wherein they are compensated adequately for their active involvement in the Organ Donation programme.

The government will have to provide all the facilities (or monetary incentives) to ensure that brain deaths are identified in these hospitals and organs retrieved.

Sensitization of police personnel and the forensic experts has to be taken up on a war footing to make all medico-legal cases smooth. Most brain death cases are accident cases and therefore medico legal cases. They usually are difficult to handle as they do not get cooperation from these quarters. We can recognize and highlight some police people who have been cooperative.

Provide the public with organ donor intent forms and brochures while issuing driving licenses, Aadhar cards and college ID cards, so they can choose to express their intent on the cards.

Emulate successful practices from other states:

States such as Tamil Nadu for instance have recorded an 80% conversion rate40 when it comes to donating the organs of one kin. Through a motivated network of doctors who declare brain death, personnel who maintain the deceased on life support, and transplant coordinators who convince the near relatives of the patient, the state has a record organ donation which is 15 times the national average. An important step in this direction was the creation of a network of hospitals for sharing organs. The same should be replicated in other cities, like Delhi.

The Maharashtra government made it compulsory for all non-transplant hospitals equipped with an ICU and operation theatre to retrieve organs for harvesting and made it mandatory for them to officially identify brain dead patients. This was a crucial point highlighted in the primary research as well and hence, needs to be implemented in the Delhi/NCR region. 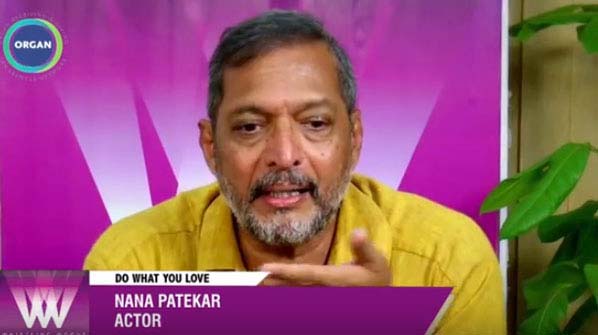