The operation to remove a kidney is a major operation that requires a general anaesthetic. This means that the donor will be asleep during the operation, which usually takes about two to three hours.

Traditionally, surgeons used a technique called “open nephrectomy” to remove a kidney. This involves the surgeon making an incision (15–20 cm long) in the side of the abdomen to remove the kidney. This operation is still used by many surgeons.

A kidney can also be removed using “keyhole” or laparoscopic surgical techniques. This type of surgery is becoming more common. It involves a number of small incisions (1–3 cm each), through which instruments are inserted to remove the kidney. A larger incision is then made to take the kidney out. Keyhole surgery may take longer to perform than open nephrectomy, but the recovery time is quicker because the incisions are smaller.

Once the kidney is removed it is taken to the recipient. After the operation is completed, the donor is taken to a recovery room where he or she will wake up from the anaesthetic. He or she will have several temporary tubes or lines inserted during the operation, which may include a tube inserted into the bladder (catheter) and a drainage tube from the wound. These tubes are usually removed within a few days. Drugs for pain relief will be given immediately, and these are gradually reduced as the person recovers from the operation.

There are a number of different methods that can be used to carry out a kidney transplant. The most widely used method is known as a Gibson Incision.

A Gibson Incision involves a three-stage procedure as detailed below.

Firstly, an incision (cut) is made in lower abdomen, through which the donated kidney is put into place. Your own kidneys can usually be left where they are, unless they are causing a problem, such as an infection.

Finally, the ureter (the tube which carries urine from the kidney to the bladder) of the donated kidney is connected to your bladder.

While the above procedure may sound relatively straightforward, it is demanding and complex surgery that usually takes three to four hours to complete.

Most patients undergoing laparoscopic surgery for kidney donation require a hospital stay of only two to three days. After discharge from the hospital, the donor is seen for follow-up care in the hospital. Donors who undergo laparoscopic surgery often return to work within three to four weeks after the procedure. Donors do not need medication or special diets once they recover from surgery.  As with any major operation, there is a chance of complications, but kidney donors have the same life expectancy, general health, and kidney function as most other people.  The kidney loss does not interfere with a woman’s ability to have children.

Once recipients have recovered from the effects of the anaesthetic, it is likely that they will feel some pain at the site of the incision. If they are in pain, painkillers will be provided.

After the operation, their treatment will begin immediately with medication that is designed to prevent their immune system from rejecting the new kidney. These types of medication are known as immune suppressants. In around 70% of people who have a kidney transplant, their new kidney begins working immediately after the surgery. However, transplanted kidneys sometimes take up to six weeks to start working. If this is the case, you will need to use dialysis during this time. Dialysis involves using a mechanical device to replicate the functions of the kidney.

Most people are fit enough to leave hospital after having kidney surgery. After a week, recipients will need to attend frequent appointments at the transplant centre so that kidney function can be assessed. Tests are also used to check how well the immune suppressants are working.

For the first few weeks after the surgery, recipients may need to schedule two-three appointments a week. However, over time, the appointments will become less frequent. After a year, providing they do not experience any serious problems, recipients would only have to visit the centre once every three-four months. After kidney surgery, recipients should be able to return to work and normal activities within a few months if they make good progress. 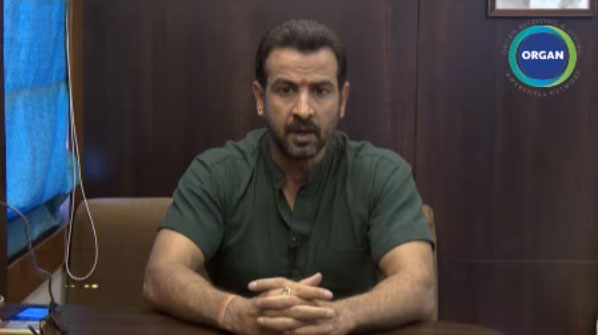