ORGAN India is involved in research activities to enhance the pool of literature and resources available regarding organ donation in India. The data collected through various methods aids in better understanding of the challenges faced, and helps to find solutions to the dismal state of organ donation in the country.

ORGAN India conducted a comprehensive research in 2013 to study the deceased Organ Donation Environment in Delhi/NCR.

“A Study of the Deceased Organ Donation Environment in Delhi/NCR”

Outline of the research: The research was commissioned in September 2013 by the Parashar Foundation, an NGO based in Delhi in partnership with the MOHAN Foundation, and the survey was carried out by research agency, Outline India. 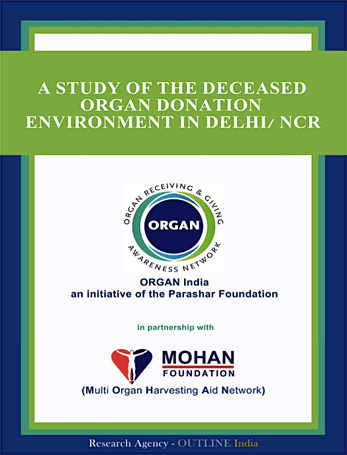 Objective of the research: The research was conducted with the objective to

Strategy of the research: A team of researchers from Outline India contacted Senior Medical Officers/Doctors/Transplant Coordinators at 24 of the top hospitals/research centers in the Delhi/NCR region to gather information about the latest organ transplantation system in India of which 16 responded (In two cases, 2 interviews were conducted at two branches of the same group of hospitals, amounting to a total of 18 interviews overall, across 16 institutions).

Recommendations of the Research Report

Large scale awareness campaigns: It is only through Awareness programmes that the number of deceased donations can be increased. Large-scale advertising campaigns should aim to educate people about benefits of organ donation, clearing all prevalent myths and misconceptions. The concept of brain death needs to be adequately dealt with so that organs of the deceased which can be retrieved and utilized and do not go waste. What is needed is a large scale campaign which only the government can undertake or fund. Clear messaging by the government will also add credibility to the cause. In fact all messaging in public places and hospitals in the form of standees, video spots etc. have to have the government logo along with that hospital in order to increase people’s trust.

Positive messaging on organ donation can be done using the following mediums:

Setting up of a National registry and a centrally managed Organ Donor-Recipient Network: A central organ sharing registry or a recipient registry is an absolute must, so that donated organs can be shared in a fair and transparent manner. Apart from a few states, there are no sharing protocols in place. This leads to unethical and unhealthy practices. Further, it leads to wastage of organs which is a shame when a family has taken a courageous decision to donate. The sharing of cost between hospitals also has to be clearly defined. This system however will not work in the current scenario with seemingly unhealthy and negative attitudes amongst the various stakeholders. There needs to be a spirit of cooperation, sharing and the willingness to adopt from successful practices in other parts of the country.

Improve Infrastructure within public hospitals for transplantation: Transplantation as a service should be readily available in all Government hospitals as the majority of patients go there for treatment and many cannot afford treatment at private hospitals. The Government also needs to take the necessary steps to improve the infrastructural set-up at all public hospitals to store/transport organs and train the hospital staff/personnel for organ transplantation procedures and on the subject of brain death, and how to increase awareness regarding the same.

Non-transplant hospitals need to be involved in organ retrieval: These medical centers (which have ICU's but are not transplant centers) are crucial because a lot of accident victims are brought here for treatment. They should be geared up for brain death declaration. They need to be given an incentive to be participants in organ retrieval, and a system has to be worked out wherein they are compensated adequately for their active involvement in the Organ Donation programme.

Sensitization of police personnel and the forensic experts: Sensitization of police personnel and forensic experts has to be taken up on a war footing to make all medico-legal cases smooth. Most brain death cases are accident cases and therefore medico legal cases. They usually are difficult to handle as they do not get cooperation from these quarters.

Provision of more opportunities for donor pledges: Provide the public with organ donor intent forms and brochures while issuing driving licenses, Aadhar cards and college ID cards, so they can choose to express their intent on the cards.

Emulate successful practices from other states: States such as Tamil Nadu for instance have recorded a very high conversation rate when it comes to donating the organs of one kin. The state has a record organ donation which is 15 times the national average. An important step in this direction was the creation of a network of hospitals for sharing organs. The same should be replicated in other cities, like Delhi. The Maharashtra government made it compulsory for all non-transplant hospitals equipped with an ICU and operation theatre to retrieve organs for harvesting and made it mandatory for them to officially identify brain dead patients. This was a crucial point highlighted in the primary research as well and hence, needs to be implemented in the Delhi/NCR region.

The full report can be accessed here ORGAN Research Report 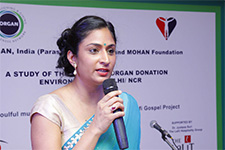 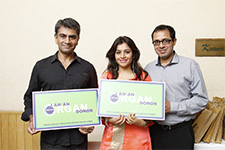 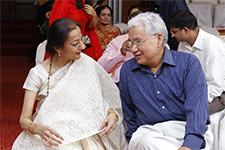 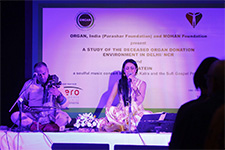 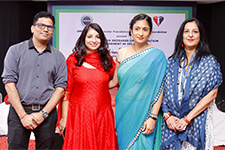 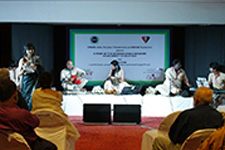 A lovely music concert by Sonam Kalra & the Sufi Gospel Project made the evening memorable for the audience. Anika Parashar, Trustee, Parashar Foundation, thanked Shefali Munjal and Hero Corporate Services Limited for their gracious support in sponsoring the event. ORGAN India CEO, Sunayana Singh presented Mr. P Khanna with a bouquet of flowers as a token of appreciation. She also thanked Dr. Jyotsna Suri, CMD, The Lalit for all her support to ORGAN India and the research report, along with everyone else who had gone out of their way to help ORGAN India in our journey.

More information about the event at Research Report Release Event 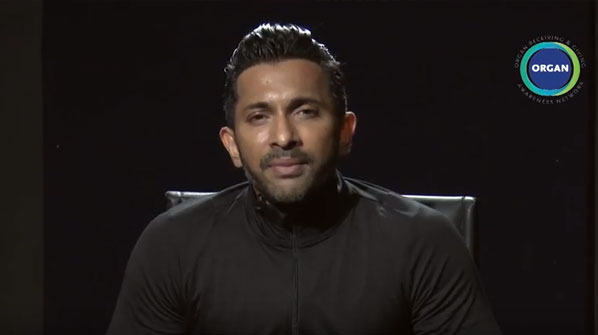