On May 08, 2014 an awareness session on organ donation and transplantation was conducted at Yatra.com by Organ Receiving and Giving Awareness Network (ORGAN) India – an initiative of The Parashar Foundation in collaboration with the MOHAN Foundation.

Yatra.com is an Indian online travel agency and a travel search engine based in Gurgaon, Haryana, founded by Dhruv Shringi, Manish Amin and Sabina Chopra in August 2006. In April 2012, it was the second largest online travel website in India, with 30 per cent share of the Rupees 370 billion (US$6.2 billion) market for all online travel-related transactions. It also launched a “holiday-cum-shopping card” with State Bank of India (SBI), India’s largest bank.

In presentation the group was introduced to ORGAN India as well as its partnership with the MOHAN Foundation which exists to strengthen efforts to create more awareness in Delhi/NCR. Mrs. Pallavi Kumar helped the group understand the intricacies of organ donation and brain death. The dismal statistics with regard to organ donation in the country were shared with the group, as was the need for more involvement of the Government to strengthen the deceased organ donation programme in the country. She also emphasized on how each person can proactively spread the word to promote the cause.

A film on Brain Death (explaining what brain death is exactly) developed by ORGAN India in partnership with the MOHAN Foundation was also screened.

Around 20 people attended the talk, and 3 of them signed donor cards. A few donor cards were left with Mr. Arora in case anyone wanted to take the card after discussing with the family. We prefer not the sing donor cards right after a presentation unless the person is very sure of it. It’s always better if those who have been introduced to organ donation for the first time, take a day or two to decide if this is what they want to do. They are then free to log on to our website address given in our brochures, and sign up for donor cards. Those cards are then mailed to them by ORGAN India. 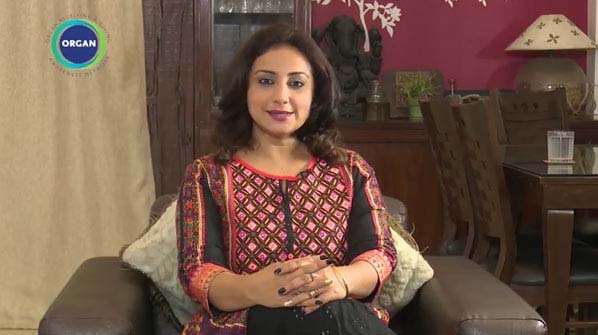