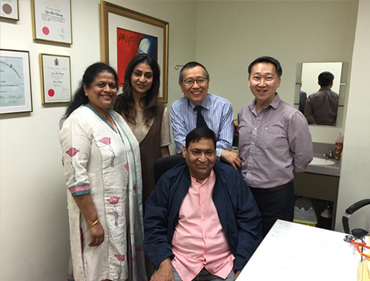 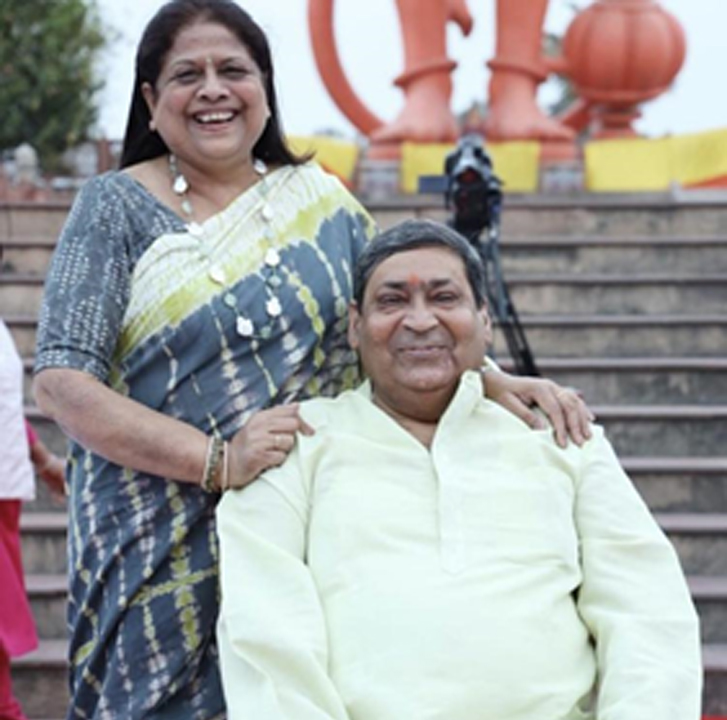 In the month of October 2014, my younger brother, Krishna and I were told that we were going on a trip to Singapore with our grandparents. Naturally, we were excited! My Nana was going for a health check-up, but since he had been having health problems for several decades, we didn’t think much of it. I was 11. We had a great time with our grandparents, unaware of what was to come.
Over the next two years, we started hearing news about my Nana’s health condition worsening, of how his level of creatinine was increasing at an alarming rate. As kids we had always been shielded from bad news and were unaware of the magnitude of the situation; we didn’t pay much attention to what was going on around us either.

It was when I overheard my mom on the phone, talking about a kidney transplant, that I started to feel very uneasy. My memory of the events that took place since then is completely distorted. Organ donation and transplantation was a concept too foreign and unreal to me; something I didn’t care to understand, until I knew that it was my Nana she was talking about. We were told that both of his kidneys were on the verge of failing, and that he’d need a transplant within two months.

After this, everything was a blur. The entire family was in a state of panic, desperately looking for a kidney donor for my Nana. But all attempts failed. I didn’t know this at the time, but you need to get the organ from either a relative or from someone who has died. I didn’t fully understand what this was about, and everyone around was too busy to explain it to me. One of our relatives even offered to be the donor. But that was unsuccessful, as she couldn’t pass the numerous tests she was required to take in order to go through with the donation.

Luckily, Krishna and I were too involved in schoolwork and extracurricular activities to really think of what was happening at home. None of it had actually “hit us” since we were both quite young. Also, within the same month, I was playing football and hurt my knee quite badly. I spent a lot of my time focused on my own injury and thinking about whether there’d be another surgery in our family that year.

My grandparents were in Singapore when they heard that the relative could not be the donor. That was when my amazing mom, sprang into action. Full of hope, she decided to take the tests to see whether she would be an eligible donor for my grandfather. We were all scared but didn’t see a tiny amount of fear in her eyes. Regardless of the resistance and words of discouraging “advice” from many, determined as ever, my mom decided to go ahead. Even if she was afraid of what was to come, being our rock, she didn’t let it show.

She showed her results to the doctors and called us with the news saying that her reports had matched. At this point in time, Krishna and I were with our dad at home. We were all on the edge. Now not only was our Nana’s life in danger, but our mom wanted to put herself through something that seemed to be straight out of a movie, and we could lose her too. 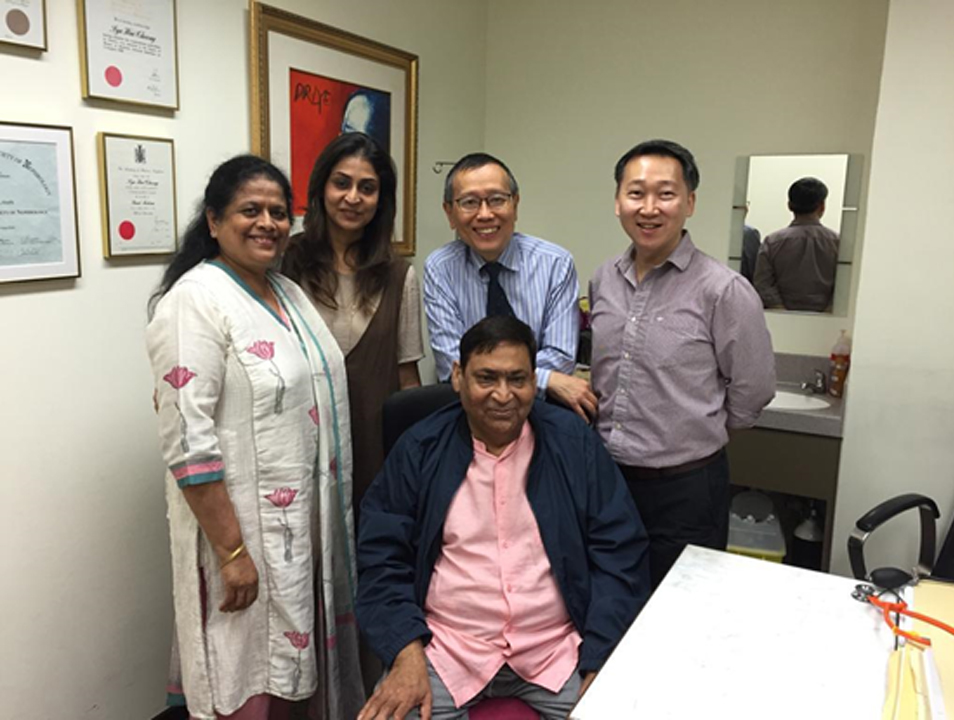 My mom with my grandparents and doctors

Eventually we got the news that the transplant had been finalized, and so my parents started the preparations. We were to stay with our Mami while they were away. This is when it all really hit me. My mom was going to do something I didn’t fully understand. And she may not come back. Fear and confusion crept in, but I didn’t want to say anything because I knew it would make things worse for her.

The day my parents were leaving for the airport, my knee got locked which was the only thing that I was supposed to prevent from happening, which aggravated the knee pain. It happening at this point in time just made the situation worse. However, in the presence of my Mami, who later took me to the doctor, surprisingly Krishna and I felt no fear or anxiety in those two days without our parents. She made us feel just as if we were at home. I feel that she played one of the most significant roles in this journey.

But on the day of the surgery, it was hard to hold back tears. There was a Satsang at the house, I distinctly remember serving the prashad with Krishna, who later went inside the room when it all got too overwhelming for him. I think that was when the seriousness of the circumstances really occurred to him, and he couldn’t help but cry. Unable to console him, I informed my Mami. Her reassuring words were full of love, which solaced him.

Later, getting a phone call, my Mami informed us with a tearful smile that my Nana’s urine had passed. We had no clue what she meant. We stared at her with confused expressions, after which she explained, that it was a sign of the surgery going successfully. Elated by this news, we joyfully said, “And what about Mumma?” She was still in the process of gaining consciousness but we were told that she was fine. This made us feel slightly uneasy, yet relieved to an extent at the same time. 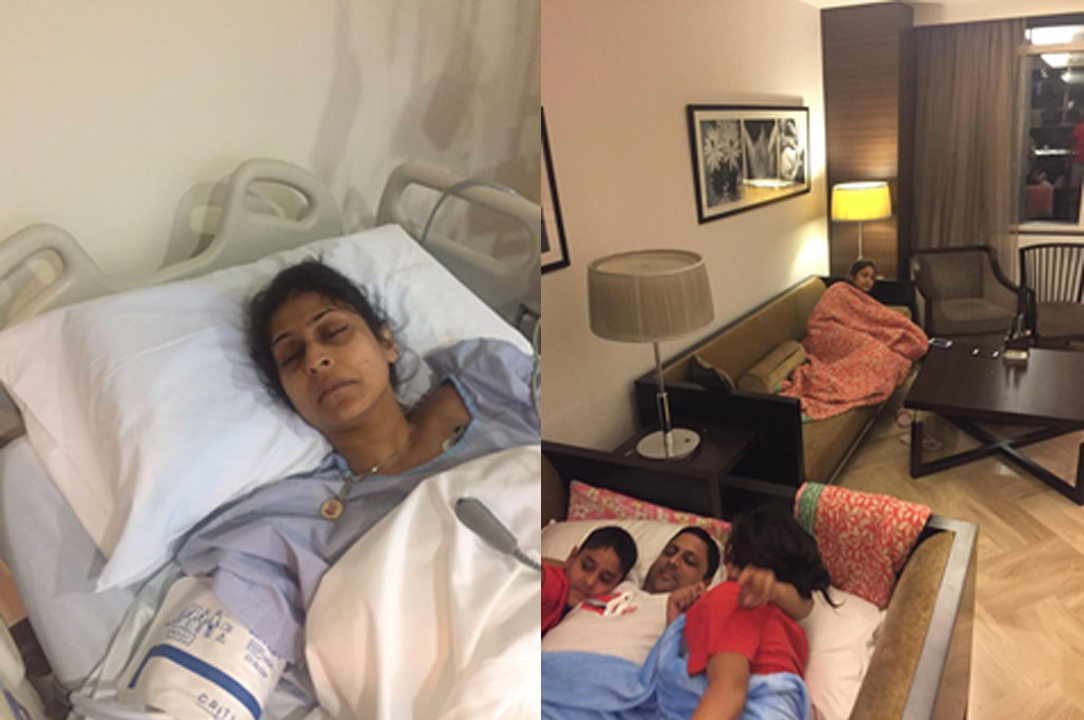 The next day my dad sent us a video of my mom being taken from the HDU to her room. It was meant to reassure us, but it had the opposite effect. Seeing her connected to so many wires and tubes and unable to talk, brought the enormity of the transplant home to us. But she seemed to be looking in a much better condition than what we’d imagined, which was slightly comforting.
We flew without an adult to Singapore two days after the surgery. It was a first for us, and an overwhelming experience. We met our dad at the airport and rode to the apartment together. Our mom had already been released from the hospital when we reached there.

This was all extremely new for us because of the circumstances so we didn’t know how to react to most things. During our visit, I remember isolating myself. I avoided spending time with my family in order to dodge dealing with the complexities of the situation. We visited our Nana at the hospital frequently and it was something we didn’t look forward to. The atmosphere was gloomy. It was strange. There seemed to be a sense of calm, which was infused, with that of panic. The upside, of course, was getting to meet our Nana who was also on the steady path to recovery. 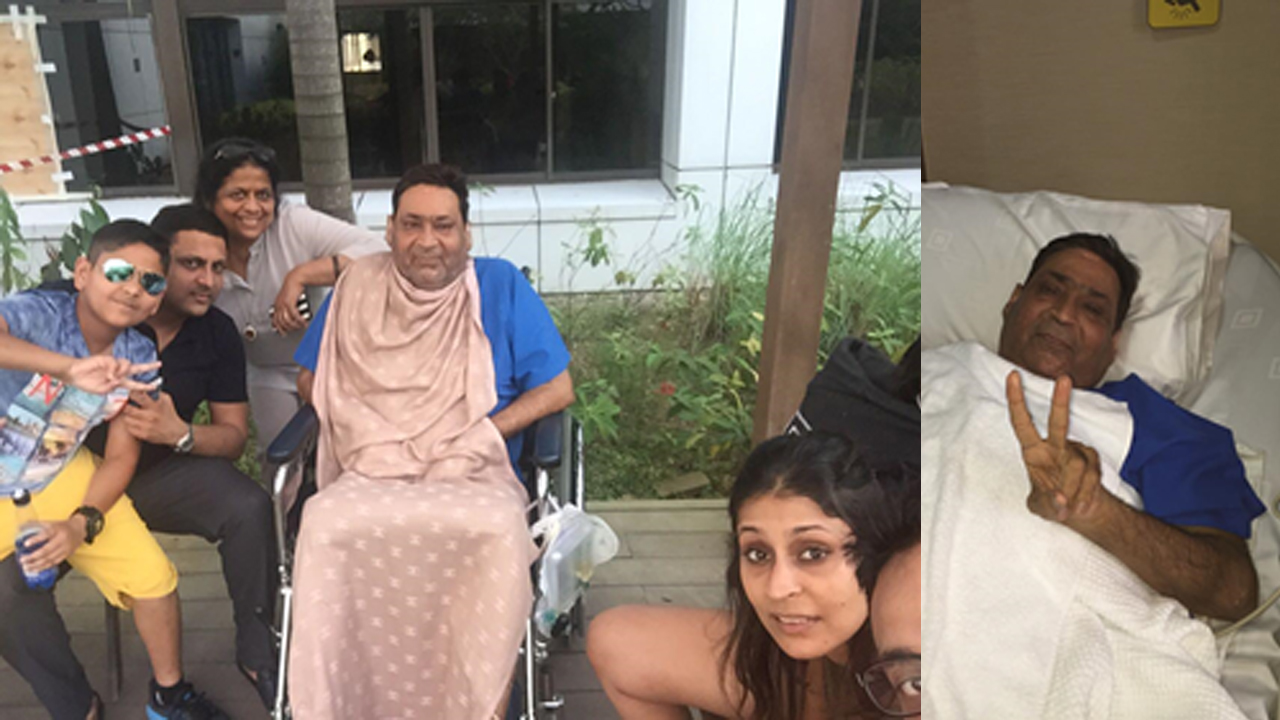 We all returned to Delhi soon after that, and from what I saw, this might’ve been the toughest part for my mom. Frequent visits to several doctors were a part of the daily routine at home. My mom would often get terrible back pain due to the scar tissue caused by the 13-inch long cut which was made for the transplant. Being an organ donor is not something that one can be done with quickly.

My mom was going through some painful times, but got through it because of my dad. He stood by my mom throughout the process and took complete care of her. He was by her side the whole time. She told us almost every day about how he really is a hero. We knew that already, but I believe this situation really brought this fact to light.

My Mom and Dad in Singapore

Krishna and I however were still in a state of confusion throughout this entire process. When people called up our mom to tell her how proud they were of her, I remember not understanding why. Or, when there was a negative response from others who disagreed with my mom’s decision to donate her kidney, I didn’t quite get why people were upset about this either. Nothing really made sense to me at the time and I didn’t want to understand it either, possibly because I didn’t want to really process it.

What I do remember briefly, is looking it up and discovering that there were slight chances of the procedure resulting in death, which was something I couldn’t bring myself to even imagine.
Something I wish I could’ve told my past self was not to worry. Even though the situation seemed to be incomprehensible to us at the time, it would all turn out fine. 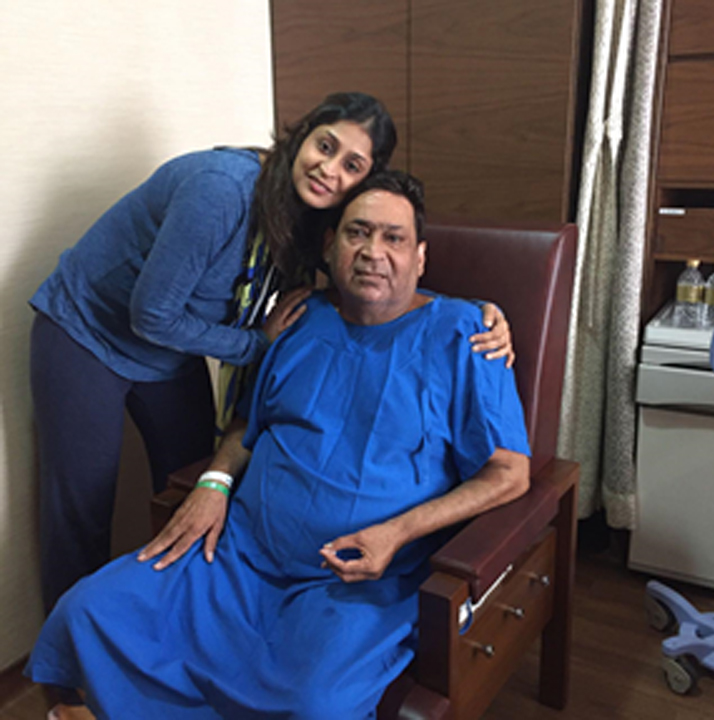 Also, as I learn more and more about organ donation and transplantation, I know now that if I’d known all this earlier, I would’ve been less worried. Along with my mom, I have also taken up the initiative of spreading awareness on organ donation and transplantation. If I can accomplish even doing a fraction of what she has done for this cause already, it will definitely make a huge difference.

Our mom gave life not only to us but to her father too. She proved that she would do anything for those whom she loves. Thank you Mumma for being our superhero. 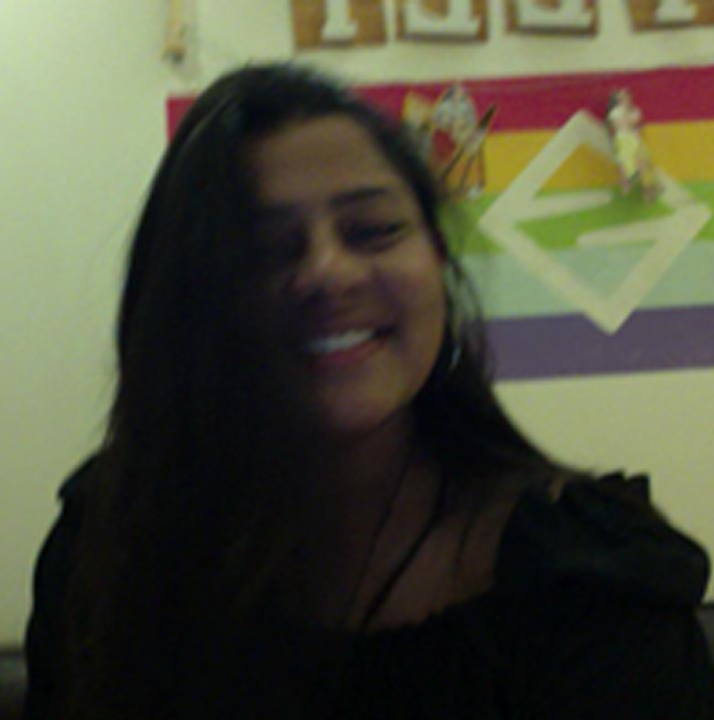 Nandani Agarwal is a student of class XI at the Vasant Valley School, New Delhi, where she enjoys studying Psychology and Economics. She usually invests her spare time in playing with her dogs, painting or singing.