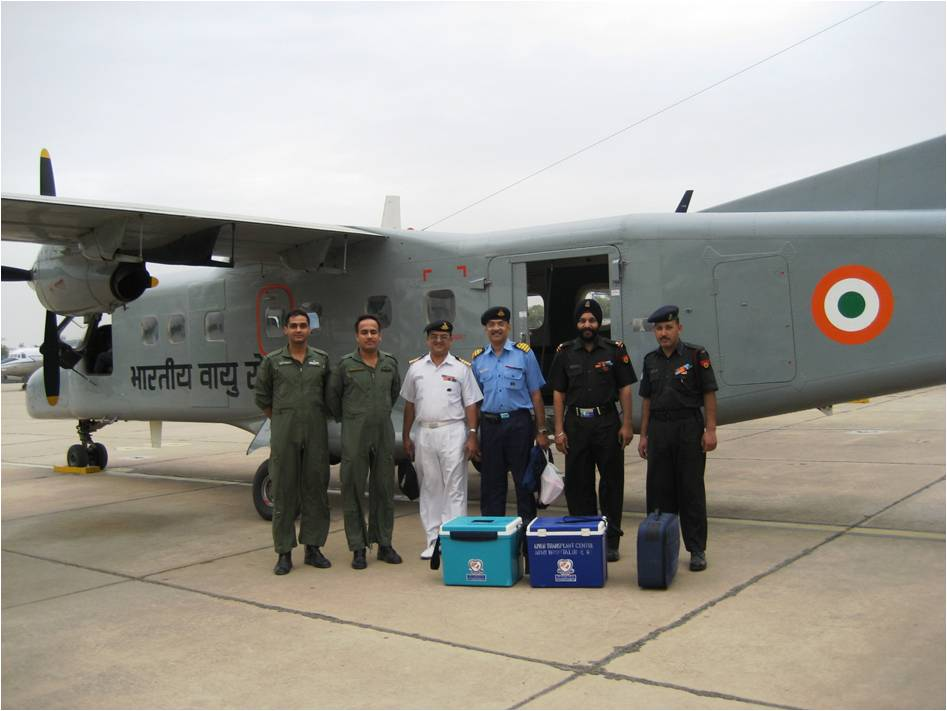 In the year 2007 a team of about forty medical personnel, including doctors and paramedics were sent to United Kingdom to imbibe all aspects of transplantation and organ donation. It was when they returned back, bubbling with knowledge and enthusiasm, to start Armed Forces deceased donor transplant programme that they realized it was a real uphill task. They had to face lots of scepticism almost bordering to opposition from medical and non-medical fraternity. They were questioned about every aspect, from the need to sustainability. The cynics were proved wrong and today we are proud to say that ours is one of the largest and most successful deceased donor transplant programme in the Government sector.

The journey began by taking the challenge head on with the precision of a military operation. Ours was going to be predominantly a deceased donor transplant programme. With this aim we established Armed Forces Organ Retrieval & Transplantation Authority (AORTA). The broad objective of which was spreading awareness about organ donation, coordinating organ retrievals and organ sharing.

Under the umbrella of AORTA we started awareness drive among medical fraternity, among administrators and among target population with full gusto. Initially workshops, updates and lectures were conducted across all military medical establishments and this was relatively easy job. The tough part was convincing the authorities and policy makers. Series of presentations and meeting with authorities made some dent, they were convinced that the project was viable economically and likely to be successful even in a Government set up. This achieved, we organised a big event to formally launch our programme. We roped in political bigwigs, celebrities and well known people and this made the event of launch a big success. With this followed media coverage and some much wanted good publicity. The first deceased donor multi-organ transplantation immediately followed which was icing on the cake and the programme took off. That was April of 2007 and today we have done more than 1000 kidney transplants and 108 liver transplants with 73 of them being deceased donor liver transplants.

Here are two of the recipients who received organs at the Army Hospital in Delhi which has given them a new life.

Along the way we did learn a few lessons. Firstly for promoting organ donation honouring donor families and giving them publicity makes them into heroes in their community. This acts as great motivation tool for others to follow. Healthy recipients act as the band ambassadors make full use of them for spreading the word. Showcasing success stories definitely improves organ donation rates. Perseverance directly translates into more donations. Do not give up even if relatives refuse at the first instance, maintain the brain dead well in ICU, we had relatives agreeing after 48 hours after initial refusal. As for medical legal cases, no two situations are the same, ‘jugad’ and ‘lageraho’ helps. Keep staff well motivated and trained and make sure one is prepared to leave for retrieval at short notice and at odd hours. We must admit that being in Armed Forces we had a certain advantage, convincing relatives is little easier because of inherent feeling of camaraderie. Another great advantage is the ready availability of aircraft, 24X7, kind courtesy the Indian Airforce. We have had organs flown in from across the country and this as some of you may know, was widely projected in media recently.

To further increase organ donation and retrieval we lobbied and got amendment made in THOA rule in 2014. Now Armed forces hospitals across the country are regarded as one state for the purpose of organ retrieval. We were successful in getting the amendment made because our recipients do not belong to any one particular state. This has reduced the hurdle of taking sanction of state authorities. Organs retrieved in any state are now quickly brought to Delhi which has our main transplant centre. We still are under process of getting permission and registering many other small military hospitals across the country with ICUs’ as non-transplant organ retrieval centres. With this we are sure that availability of organs will increase to such extend that we would be sharing organs with other centres on regular basis.

To conclude, though it may sounds clichéd, what really worked for us is that we have a team that is passionate about programme, has an attitude of not giving up easily and which always strive to improve. 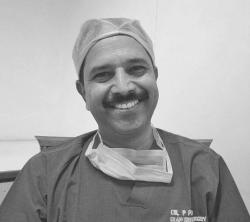 Col. Dr. Pankaj. P. Rao is alumnus of Armed Forces Medical College, Pune form where he did his graduation and further post-graduation in general surgery. He later underwent a two years training in GI Surgery at All India Institute of Medical Sciences. He served in various Military Hospitals of India Army across the country he got interested in organ transplantation and organ donation. Since last five years he is actively involved in the liver transplantation programme at the Army Hospital (R&R), Delhi. He is presently heading the liver transplant centre there and is actively involved in spreading the awareness of organ donations as part of Armed Forces Organ Retrieval & Transplantation Authority (AORTA).