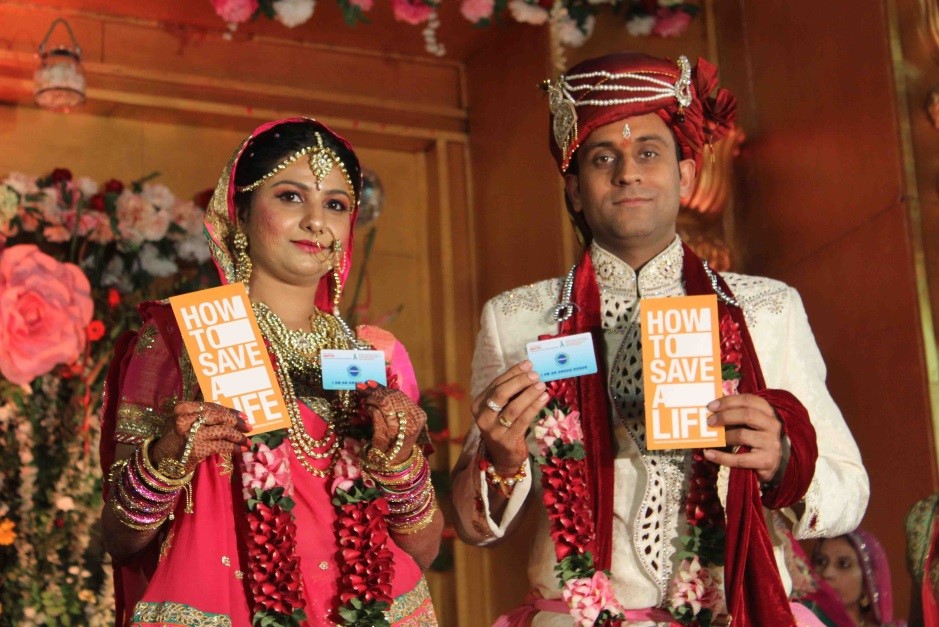 A week before this wedding the ORGAN India helpline received a very unusual call. Deval Soni a pilot with Air India, was so impressed with an organ donation campaign that he had seen, that not only did he pledge his organs right away, but also decided that he wanted to do something unique and creative to raise awareness on organ donation. He had been thinking about what he do?

With his wedding coming up he decided that the best way to start was with himself. The day of his wedding he figured, was the great time to raise awareness and request everyone pledge to donate their organs. What more auspicious occasion could there be to make such a beautiful pledge to help save lives after he was gone.

“I know the concept was different and a little weird, but I think it’s the best occasion when all the people are gathering, your relatives, friends, cousins. Everyone is here, and if we could do it on a mass scale, then why not?” He asked us to come and support him at the event and we were happy to! This is what he had to say at the wedding.

Initially when he shared his idea with both the families, his parents were not convinced and told him that it would not be suitable to do such a thing on his wedding day. However after he explained everything about organ donation to them, they were completely on board. And so, messages were forwarded to all his friends and guests about organ donation, and what they could do to help the cause on the day of the wedding.

“When Deval told them about this idea, I didn’t think about it for a second and said ‘Yes’! I said yes we should always for these great opportunities which can save lives,” says his wife Radhika.
“Although in the first instance it was very hard to convince my parents, when I explained to them that we can save many lives, and that ORGAN India will come to the function and organize the drive, they agreed.”
Once the band baja baraat was over, it was time to take the stage and do some pledging – and everyone participated! Deval and Radhika’s parents, his Nani, his Tauji and Tayiji, brother, friends and guests! 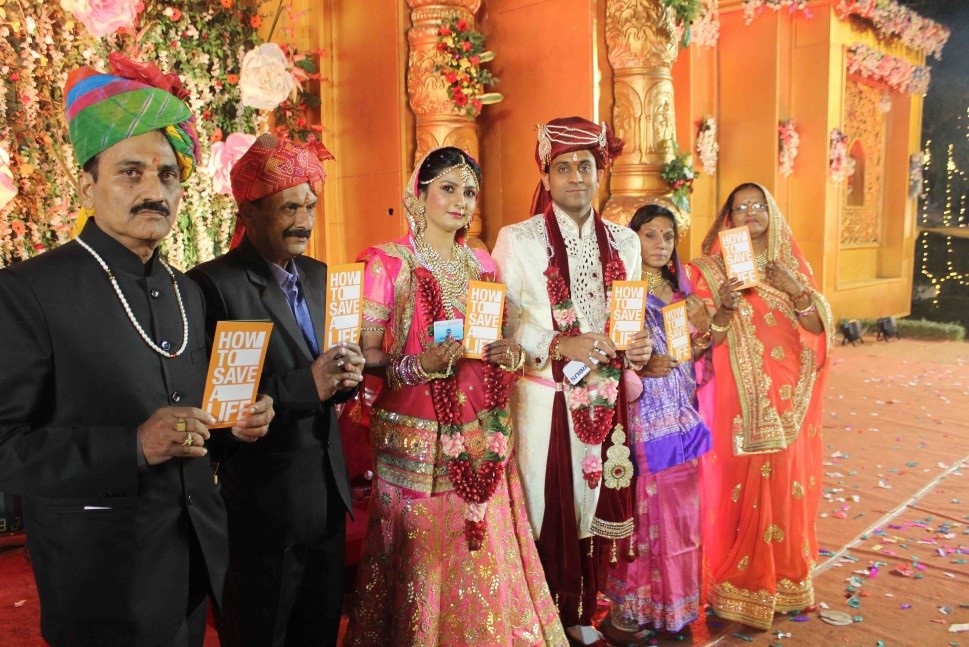 Mr. Deval & Radhika with their Parents 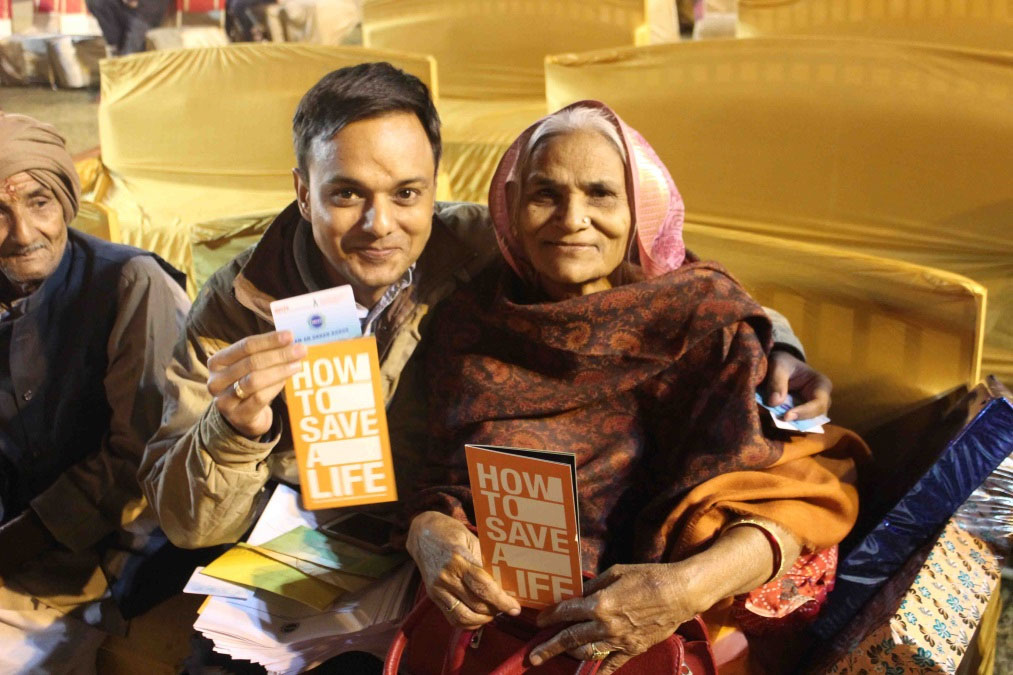 Deval Soni’s brother Dishu and his Nani with their donor cards! 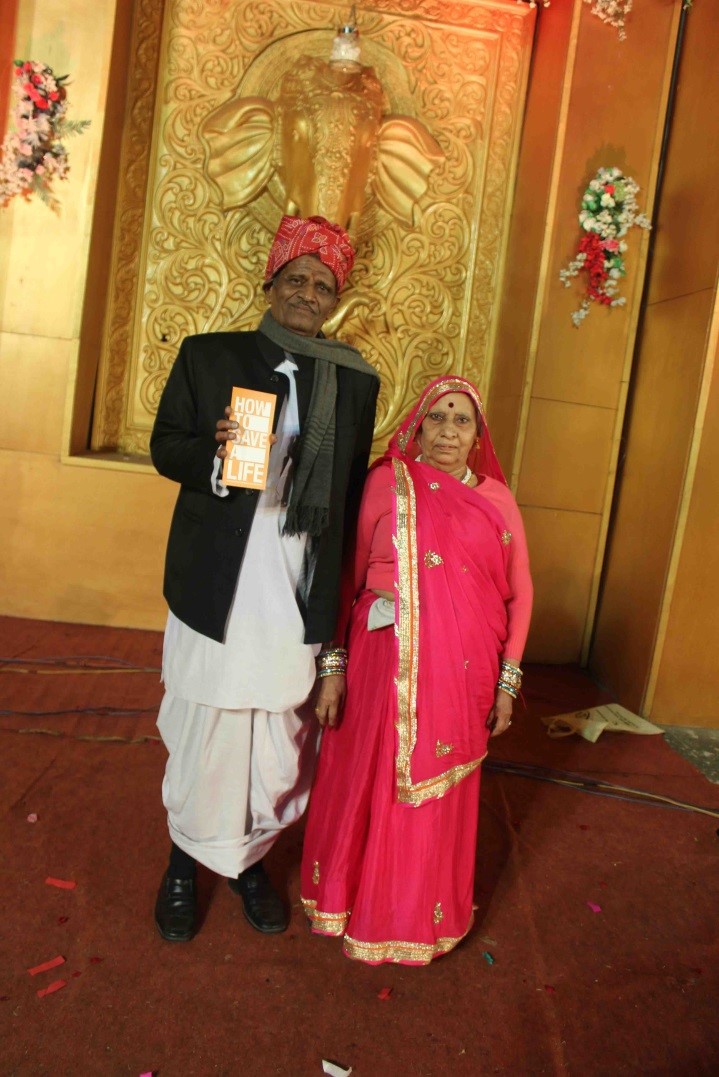 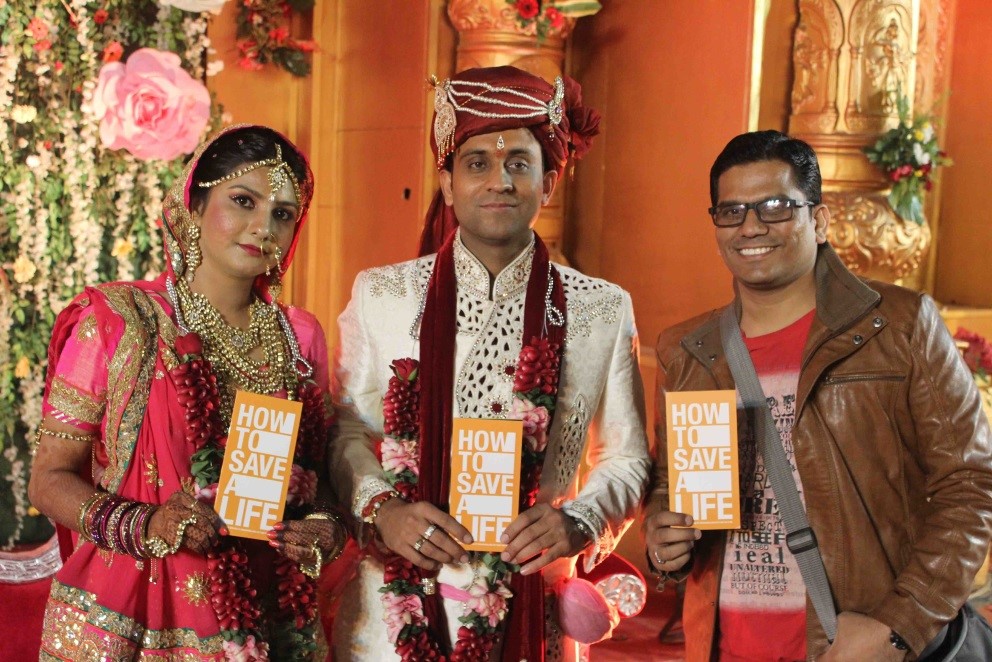 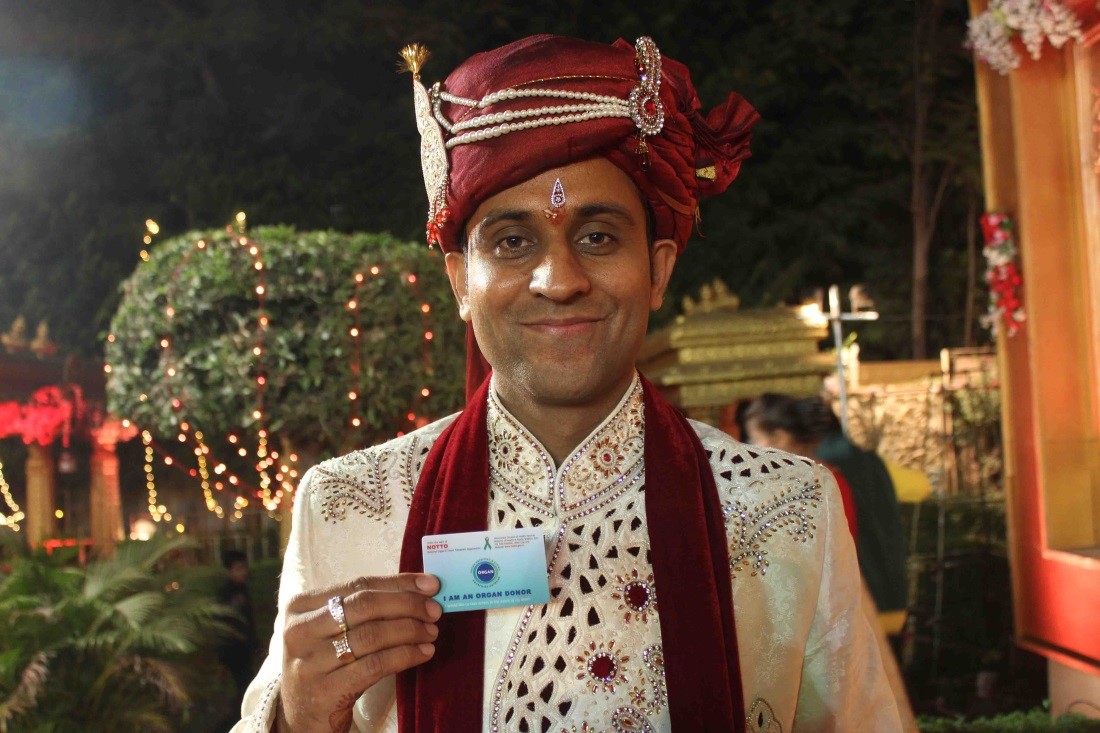 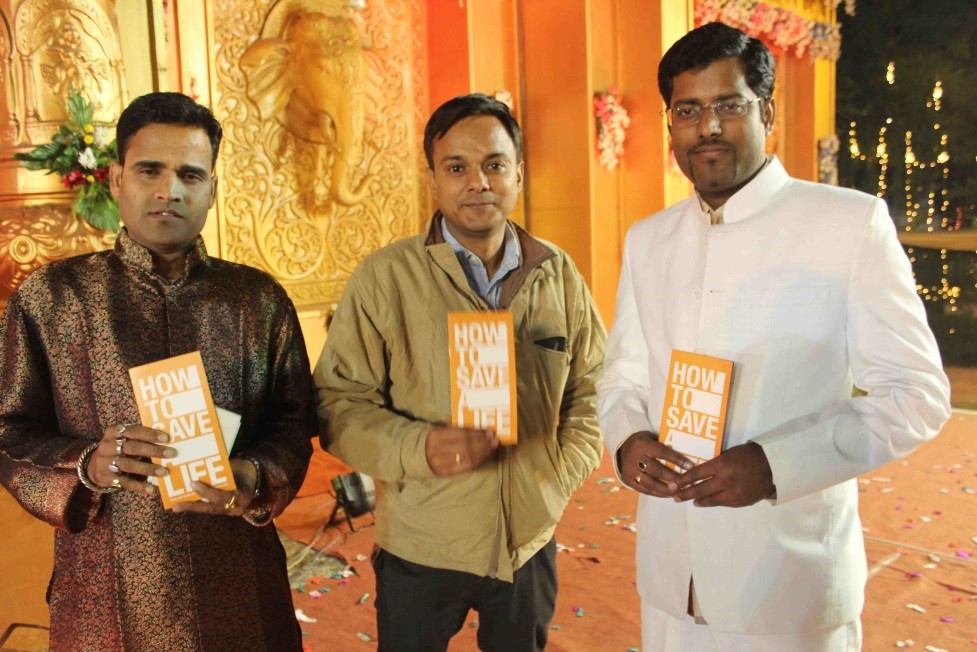 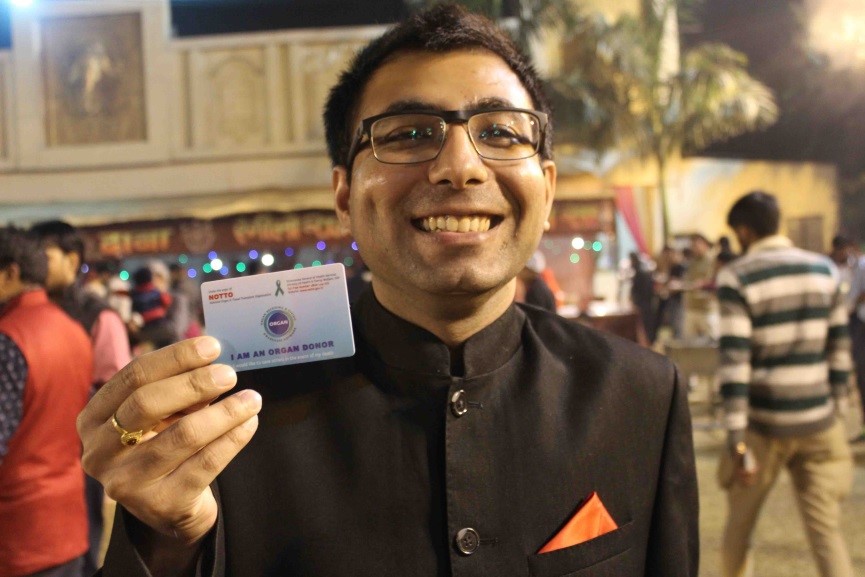 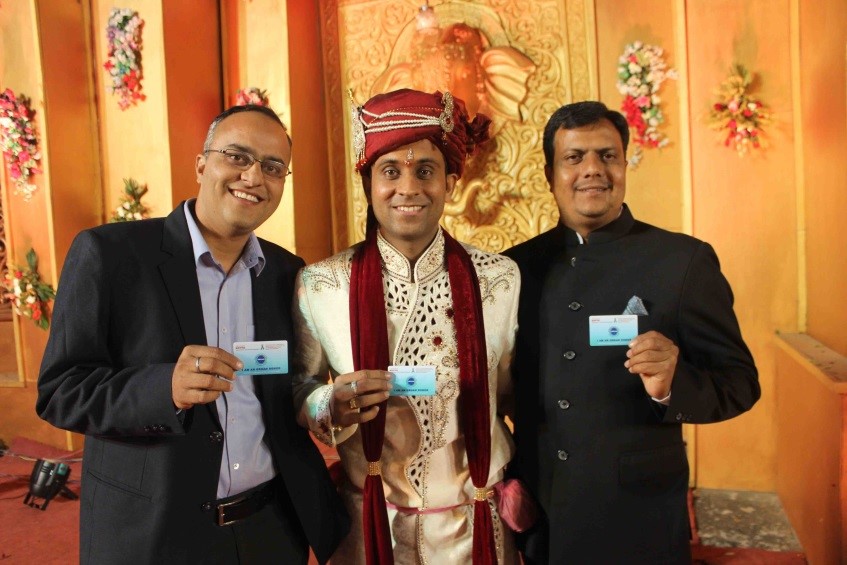 The Groom with his friends.

We sincerely hope that like Deval and Radhika Soni more and more people take some unique initiatives to spread the word on organ donation. Salute to the both them and wish them the best of everything!

You can also save lives. Log on to www.organindia.org and Claim Your Donor Card. We will courier it to you. Read up on organ donation and get in touch with us at the numbers given below if you need any help.

ORGAN (Organ Receiving & Giving Awareness Network) India, is an initiative of the Parashar Foundation, and was created to spread widespread awareness on organ donation and to help those facing organ failure to enable them to get the right help