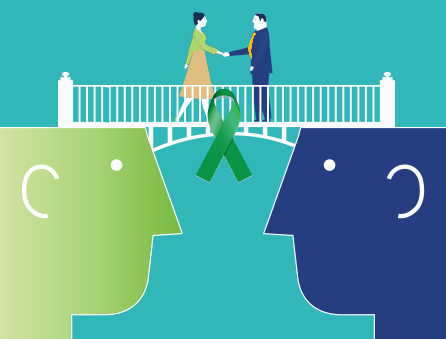 Organ Donation Week is celebrated in the country every year from 6th August to 13th August. In 2015, Ministry of Health & Family Welfare declared 27th November as Organ Donation Day. The National Donor Day in USA is 14th February while the European Organ Donor Day is 9th September. There is no uniformity in celebrating organ donation, but does it really matter? Should every day not be Organ Donor Day? Raising awareness on organ donation is important and indeed its impact will be felt as the years go by. But do awareness activities translate into actual donations? What is the ground reality? Is the legislation on organ donation being followed in day-to-day practice? Why are public hospitals slow in implementing organ donation initiatives? The recent trend of looking down upon private healthcare and the environment of mistrust between the patients and doctors is not helping the cause of organ donation.

The Government of India launched the National Organ and Tissue Transplant Organization (NOTTO) in 2014. Laudable awareness drives have been carried out resulting in increasing pledges for donation and attempts are being made to develop a transparent and fair organ sharing system. However, there has been no significant impact on organ donation rate. No policy level changes have been made. It is estimated that up to 400,000 lives are lost every year in India due to an end-stage disease of kidney, liver, heart, lungs and intestine. Due to the efforts of a few NGOs, private organizations, champion individuals and more recently the Government, organ donation rate in India has increased from less than 0.1 per million in 2007 to 0.8 per million population in 2017. Over 900 individuals donated their organs after brain death in 2017, thus saving more than 2500 lives. Lot more needs to be done.

Private healthcare in India is much maligned. Even as the premier government institutions in the country, far and few as they are, struggle to provide quality healthcare to the citizens, no opportunity is lost to belittle the efforts of private institutions. There was a time, not so long ago, when we in India had no access to quality health care. As the influential and the rich made a beeline to go abroad for operations like cardiac bypass, joint replacements and organ transplants, the common man was left to die. And then private health care arrived. Pained at the poor working conditions and bureaucracy in government institutions, the second brain drain followed. Several good doctors left government jobs and joined the corporate world that offered better infrastructure and opportunities. Medical care that matched world standards was now available at a cost that was still 10 to 100 times less than the west. The world trickled into India for treatment and medical tourism emerged. Health insurance made its appearance to help people deal with the rising costs of quality care. It is good to remember that where we are today in healthcare as a nation is largely because of the private sector.

The situation is no different in organ donation and transplantation. More than 90% of the organ donations and organ transplants in the country are carried out in the private sector. While pockets of excellence like PGIMER Chandigarh that saw 44 organ donations in 2017 exist, most states do not have even one government hospital where kidney transplant can be performed. For too long we have blamed the countrymen for not donating organs. Indians are altruistic by nature. Myths associated with fear of organ donation, largely on religious grounds have been set to rest by two decades of awareness activities. The actual
problem lies at the state and hospital level.

Health is a state subject. Transplantation of Human Organs Act 2011 and Transplantation of Human Organs and Tissues Rules 2014 provide legislation for organ donation in India. However, only 21 of 36 States and Union Territories
have adopted the act till date, limiting the implementation of organ donation activities. Other states have not even bothered to adopt the Act. As a result, there are no approved Brain Death Committees in hospitals in these states a declaration of brain death for the purpose of organ donation is not possible. Organ donation should not be viewed in isolation. It is a part of the process of delivery of high quality medical care and ‘End of Life’ care. It is only when a family is fully satisfied by the treatment given to their loved one that they accept brain death and consider helping someone else by donating organs in their hour of grief.

With less than 2% of GDP being allotted to health, one of the lowest in the world, it is no surprise that critical care services in our government hospitals are suboptimal. According to one survey, only 15% of the requirement of ventilators has been met in the country. When there are several patients waiting for a ventilator, how can one maintain a brain dead person for 24 to 48 hours to complete the organ donation process? The critical care teams in these hospitals, often understaffed, undertrained and underpaid, are not inclined to declare brain death and reluctant to go the extra mile to ensure organ donation. There is no uniform definition of death in India. While circulatory death is the norm, brain death is recognized only for the purpose of organ donation. When a grieving family is explained about brain death and possibility of organ donation, they say yes 30% to 40% of the times.

The problem arises when they say no. The critical care team is not able to declare death on the basis of brain death and remove the patient from ventilator. This incongruity, besides wasting the scarce resource of ventilators, often demotivates the critical teams from approaching the family. Thus the ‘required request’ spelt out in Transplantation of Human Organs and Tissues Rules 2014, that mandates counseling of families of all patients with brain death for organ donation, is seldom adhered to. There is an urgent need to give the critical care teams their due as they do all the backend hard work while the transplant surgeons get the limelight. Organ donation does not happen on its own. The top echelon of administration has to make certain that people are motivated and at the same time answerable.

PGIMER Chandigarh has seen over 150 donations over last 5 years, a classic example of institutional priority defined by the top administration and supported by Critical Care. Also, once a few donations happen, the entire city gets galvanized and there is a domino effect. We have seen that in cities like Ahmedabad, Indore, Jaipur, Nagpur and Pune. These pockets of brilliance emphasize an important message that organ donation is possible under the existing law and infrastructure provided one is willing to go the extra mile.

Perhaps it is time to consider an opt-out system in the country for cornea donation so that eyes can be retrieved for all deaths. Medico-legal hurdles should be removed for cornea donation as the procedure is unlikely to affect any investigation into the cause of death. There is need to augment the pool of trained transplant coordinators who have the difficult task of convincing grieving families for organ donation. Trauma services leave a lot to be desired. The nation loses over 1,50,000 young individuals to road traffic accidents annually. Most of our ambulances are not equipped with ventilators and other equipment considered essential for resuscitation of victims at the accident site before transportation to a hospital. There is not a single helicopter in the entire NCR to airlift the victims of hundreds of accidents that plague our expressways.

Scoffing at the work done by private healthcare providers and taking away the focus from the real issue of upliftment of government hospitals needs to stop. We have to learn to do the right thing and lead by example. Our leaders would do well not to encourage unrelated living organ donation in the country. Also, events like the recent shifting of 19-year old laborer by a costly air ambulance from one part of a state to another, ending up with transplantation of organs into an influential recipient, need to be discouraged. The government needs to create quality healthcare facilities for the common man. Even though the new National Health Policy promises a lot, it will take a long time to deliver the same to all Indians. Private players will continue to play a pivotal role and it is time that they are given their due and their contribution recognized.

We have a foot in the door and presently it belongs to the private sector. The Government needs to do lot more by ensuring implementation of legislation and have the important task of keeping the momentum going by involving all the stakeholders and experts. The push has to a collective one. 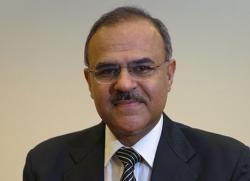