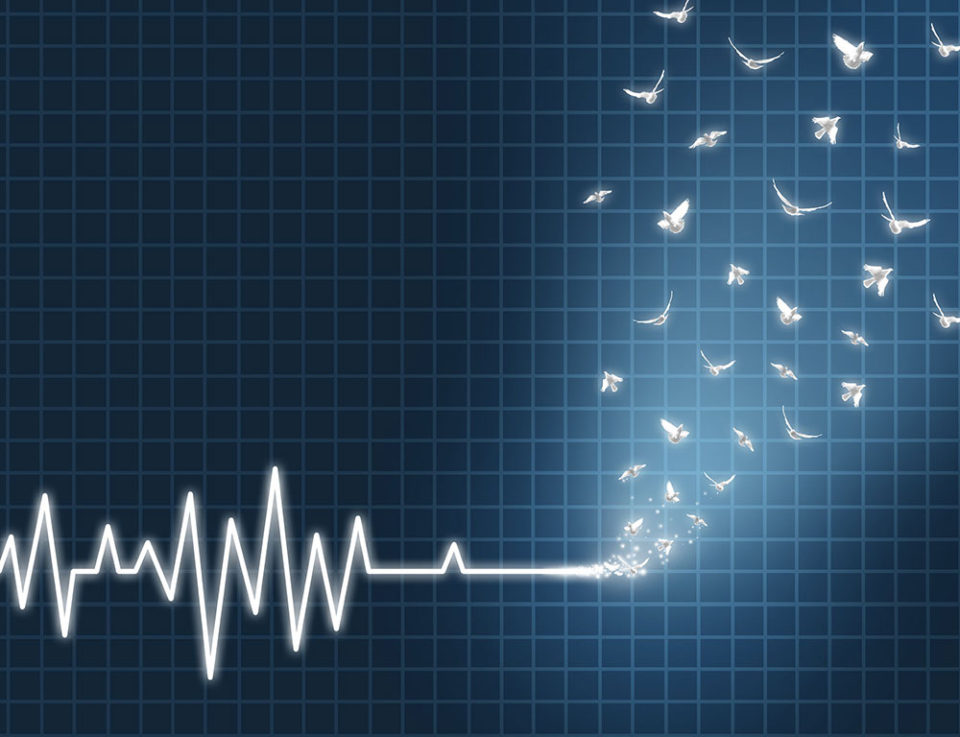 What is Organ Donation after Circulatory Death (DCD)?

Donation after Circulatory Death means that organ donation happens after the heart stops beating, in contrast to donation after Brain Death where the heart is still beating. It is also referred to as Donation after Cardiac Death. Brain-dead donors have lost all brain function but the heart is still beating and blood still circulates to the other organs providing sufficient time to organise organ donation. Brain-dead donations are the norm in India and most of the other countries.

However organ Donation after Circulatory Death is now gaining more prominence. In DCD, the non-heart beating donors have suffered circulatory arrest with the heart no longer pumping blood to the organs. In this situation, organ retrieval has to start as soon as possible after death has been determined – preferably within the 60 minutes. There are two broad categories of non heart beating donors according the circumstances of cardiac arrest:

1) Uncontrolled – Where Cardiac arrest occurs suddenly and is unexpected. The time taken to retrieve organs and put them in ice is much longer. This time taken in medical parlance is called warm ischemia time and has to be less than 60 minutes for the organs to function well in the recipient.

2) Controlled – Where elective withdrawal of ventilation in an end of life situation leads to cardiac arrest. The warm ischemia time in these donors is much less and can be controlled. These are therefore better suited for organ donation.

Whereas a few countries like Spain, France, Italy use organs from uncontrolled donors, controlled donation has been mainly used to increase donor pool worldwide and contributes up to 10 donations per million population in countries like Netherlands and UK. In Indian context, we are yet to reach a donation rate of 1 per million population from brain dead donors, and organ donation after Circulatory Death is almost non-existent.

There are a few reasons for increase in donation after cardiac death across the globe, and why it should be promoted more.

Firstly, improved intensive and neurosurgical care now prevents brain death in devastating brain injuries, as the brain is decompressed by craniotomy/craniectomy (partial removal of skull bones leading to release of pressure inside the skull and allowing circulation to brain continue). Therefore though the patients may be irreversibly injured, the fact that you can’t declare Brain Death makes organ donation impossible.

There is now wider acceptance of futility of continuing care in end of life situations where a decision is taken to withdraw life-support in terminally ill patient. The decision to donate organs is then taken after the family and treating physician has accepted withdrawal of care.

Limited availability of critical care beds, avoidable expense associated with critical care of terminally ill patient are other factors favouring withdrawal of life support in these situations. In developed countries, patients themselves have an advanced directive as to what to do when faced with irrecoverable end of life situation – something that is lacking in India.

What are the Challenges in Donation after Circulatory Death (DCD)?

There are a number of challenges in DCD.

There are issues about when and where to withdraw life support. In some countries, life support is withdrawn inside the operation theatre whereas in others, it is done in a separate room close to the theatre in presence of family members. Withdrawal of life support in theatre limits warm ischemia as no time is wasted in shifting of patient to operation theatre after declaration of death and operation theatre is kept ready. However, it is not be the best solution ethically speaking as it is felt that it is not in the donors interest to be taken to operation theatre to die. How long should one wait with asystole (after the heart stops beating) to declare death? It is known that the heart can sometimes restart its function. This time has ranged from 2 – 10 minutes across different countries but 5 minutes is probably a wider accepted time. Whether one should do any antemortem interventions like prior femoral artery cannulation to reduce ischemic injury to organs is also a subject of ethical dilemma. Putting cannulas in the donors artery before death can speed up the cooling of organs but is of no benefit to the dying person, hence a matter of dilemma

In India, the biggest challenge to DCD donation is lack of clarity in the law, and there is no practice of withdrawal of life support in end of life situation, thereby limiting this mode of donation. Moreover, there is no mention of use of organs after circulatory arrest in the Transplantation of Human Organs Act 1994 and its subsequent modifications. Therefore, it can only be used in unanticipated circulatory arrests, and as discussed earlier, there are many more challenges in in this method of retrieval and transplantation on emergency basis.

Our experience at PGI Chandigarh

As explained above, there are many reasons for surgeons being reluctant to go ahead with this form of donation in India especially when recovery times for the recipients is also likely to be much delayed. But 5-10% of brain dead donors do suffer from cardiac arrest before organ retrieval can take place, and in most centres, these organs go waste.

These are the donors where we stepped in at PGI Chandigarh and utilised their organs with good outcomes. These formed nearly 10% (13/128) of our deceased donor transplants since we regularly started this activity. In our country, we are likely to touch 1000 donations per year quite soon and even a 5% addition to this pool would mean 100 additional kidney transplants alone every year.

We performed our 1st donation from a DCD patient in 2011. She was a 51 year old female with terminal interstitial lung disease. Her family decided against further treatment and approached us for organ donation. She had a cardiac arrest in ICU and was immediately shifted to OT which was kept ready and kidneys retrieved. The total warm ischemia was 90 min. (Time of arrest to putting the organs in ice was 90 minutes as organs can only be preserved for 12-24 hours if kept in ice).

Unfortunately, one of these kidneys never functioned and the second had suboptimal function with the best creat of 2.3mg%. It made us realize that it is not possible to retrieve organs within the limits of 60 minutes of warm ischemia in our setup, and some method of organ preservation is necessary during this period. Ways to preserve organs during this period include insertion of arterial cannulas to rapidly cool body immediately after declaring death No further donation took place for the next three years in view of the poor outcomes.

In 2014, family of a 22 year old potentially brain dead donor had consented for organ donation, but could not be declared brain dead as brain death certification committee wanted correction of electrolytes before certifying brain death (His sodium level in blood was 180 and potassium 2.3 which were highly abnormal and could theoretically cause comatose condition). He had a cardiac arrest and this time, the ICU team was advised to continue CPR till operation theatre could be arranged. At that time, I thought that by doing CPR (cardiopulmonary resuscitation) some blood would continue to flow to the kidneys and would reduce the time period for which kidney is without any blood supply. With a total manual CPR of 65 minutes, we could retrieve organs with a warm ischemia of 80 minutes.

One of the two recipients backed out after second thoughts considering the outcome of first donation that we had done in 2012. The recipient who underwent transplant had a prolonged dysfunction of the new kidney for 4 weeks but eventually recovered normal kidney function and still maintains a current creatinine of 0.9 mg% after 3 years of transplant. Therefore although it took longer for them to recover, the outcome has been good.

Another two donations were done in the next year, one without CPR and one with manual CPR and it was realized that the outcomes were better if CPR was continued. Later on, an automated CPR machine was bought which continues to be used for these cases at our hospital till now. The donors underwent rapid iliac artery cannulation with infusion of preservative cold solution and immediate surface cooling of organs during retrieval surgery. Prior Femoral cannulation was not used in any patient. Finally we could procure double balloon catheter, which is another asset in this situation as cooling of organs could be greatly expedited with its use thereby reducing warm ischemia time.

9 such donors had kidneys retrieved after cardiac arrest so far at PGI Chandigarh. Only in one such donor, kidneys could not be utilised due prolonged warm ischemia.

The long term outcomes after DCD kidney transplants is similar to transplants done from brain dead donors with 74% 10 year-graft survival in patients undergoing their first kidney transplants from these donors. That is the reason that DCD is increasing worldwide in view of ever increasing demand for organs. Further progress in storage techniques like Warm perfusion and ECMO for resuscitation may provide further impetus to this form of organ donation.

Kidneys from donors after cardiac arrest can serve as a useful adjunct in deceased donor programme. Strategies to limit ischemic damage to organs should be used. A good infrastructure and on call support required to successful run this programme. Newer preservation and viability assessment methods for organs may change the dynamics in near future.

However, withdrawal of care guidelines for terminally ill patients is desperately required in our country for both promoting DCD donations. These guidelines would also provide a dignity of death in an end of life situation and not keep these individuals in an ICU on a ventilator for an extended period. 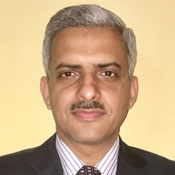 Dr Ashish Sharma is Professor and Head Institution Department of Renal Transplant Surgery, Postgraduate Institute of Medical Education and Research, Chandigarh and has contributed more than 50 publications in reputed national and international journals. He started laparoscopic donor nephrectomy at the Institute and has trained budding transplant surgeons from different parts of India in this technique. His active involvement in promoting deceased donor transplantation at PGIMER and improving protocols for identification and counselling of brainstem dead donors has led to an increase in deceased organ donations from 1-2 per year to 26 in 2015. He also initiated simultaneous kidney pancreas transplantation at PGI Chandigarh in 2014 and nine such transplants have been performed so far. He formed a protocol to successfully perform Donation after Cardiac Death for the first time in India in 2014 which has led to 15 kidney transplants from such donors.