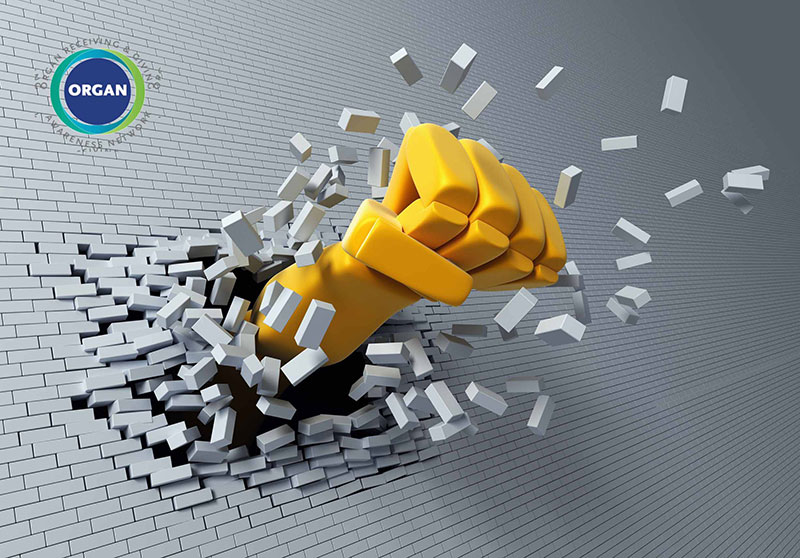 It is fascinating how organs live longer than man. This simple fact makes it possible for an organ to be a resource for society, a valuable gift that can be returned once it has fulfilled its role for the current bearer.

Facilitation of transference of one organ from its original bearer (donor) to the new recipient has been matured and manicured into a well oiled process over the last half a century (Organ donation, Organ harvest, Organ preservation, Organ allocation and Organ Implant – Five key steps in cadaveric organ transplantation). It all starts with a simple will of a patient or family to donate the organs of their loved ones once they are no more.

In the Indian context, cadaveric organ transplantation conceptualised over the past decade and prolifically prospered over the last five years or so in the Southern Indian states.

Being governed by the same legislation, Punjab does not pose a unique problem in the processes involved. It is just that the processes haven’t really been understood in totality and in some part there has been a slight oversight by the governing bodies. There is also significant lack of surgeons and doctors who are actually trained in multi-organ harvesting procedures in a cadaveric setting or in hospitals where these kinds of donations and brain stem testing happens on a regular basis.

This in some instances has led to enthusiasm without knowledge where in there has been propaganda to promote organ donation without preparation of facilities to honour this commitment when the patients or the families come forward. As a result these activities get limited to a promise of a donor card! This has also led to certain amount of territorialism in the politics of medical spheres and hence a fragmented view being presented to the government bodies who seek counsel from these societies.

Cadaveric organ transplantation has to be seen as three basic processes – organ donation awareness, organ allocation and organ utilisation. Equal emphasis needs to be put on all three but somehow most focus goes on organ awareness as it is most visible of the other three in the short term.

Simple solution is that we should not re-invent the wheel in Punjab and instead replicate the exact system which is working in our southern states. The effort has to extend beyond the union territory of Chandigarh to the actual grass roots of the state of Punjab. Any organ has to be seen as a resource of the country and drive should be prolific throughout the state. All the institutions with ICU facilities should be approached as stake holders in the process of organ donation and should be designated retrieval centres. The multi organ transplant centres should take the responsibility of organ harvest in these centres irrespective of whether the organ is being used in their centre or not.

An organ sharing registry which is currently rudimentary – Regional Organ and Tissue Transplant Organisation (ROTTO) should be streamlined and governed directly under the auspices of National Organ and Tissue Transplant Organisation (NOTTO). The ROTTO in Punjab till now has not made a singular effort to form alliance with any of the regional units in the state. A culture of openness and transparency starting prospectively from inception along with strict regulation would allow fair organ allocation. This would be crucial in restoring some of the glory of transplantation which in the recent years has been hit hard with some notorious and proven reports of organ trade. This has done a great deal of harm in tainting the confidence of general public towards organ donation which is many parts is seen distinctly and sadly as a mere commercial entity.

Main reason for the others not proceeding to donation (3/6) was anticipated delay in delivering body back to the grieved families due to medico-legal cases following road traffic accidents and lack of clear directives to local civil authorities in case of organ donation. This would have led to significant delay in post mortem arrangements and families subsequently refused; in other two cases lack of health data prior to donation made organs unsuitable for transplantation on further testing.

A creative and bold leadership drive that understands the generosity of organ donation as a most valuable gift to society is required – both at the legislative level and at the administrative level in the state. The appointed authorities have to regularly meet the equivalent competent authorities in other states in south India and abroad on a regular basis to understand this procedure in depth till they feel confident in deliverance of this facility in Punjab. This has to be coupled with focused approach to generate infrastructure to utilise these organs in a respectful and ethical manner should such donations proceed ahead with a clear prospective data collection of the organ outcome statistics.

On a broader horizon, need is the mother of all invention. The need here is overwhelming and cadaveric organ donation is going to be as much as reality here as the confidence we have in the sun to rise every morning after nightfall. Our government and bureaucracy have to lead this charge and lay out the system for cadaveric organ donation and transplantation to flourish and shine.