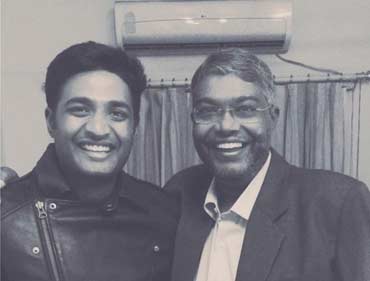 The year was 2007 when we first got to know that my father was suffering from Liver Cirrhosis. I was just in my 10th grade when I saw my dad vomit blood and lose consciousness, my sister was even younger. There was nothing I could do as a 16-year old, not even drive my father to the nearest hospital. Getting him to the hospital took us a while but, by God’s grace, we were able to make it in time. The team of doctors told us exactly what the issue was and what their plan of action would be. Over the years, we had frequent visits to the hospital for routine investigations, endoscopies, and treatment. 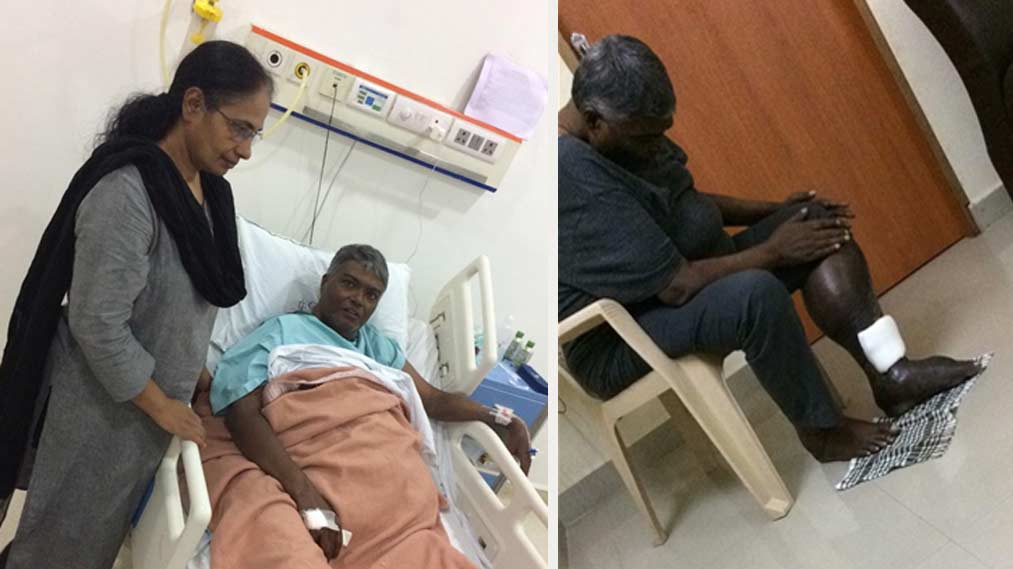 Cut to 2017: The year started with my dad being admitted for a long time in the hospital. The doctors were unable to find the source of the bleed this time and thus we had to be in the hospital for longer. By the end of it, the doctors asked us to plan for a liver transplant and gave us an ultimatum. Now the decision lay in our hands.

The doctors suggested that we opt for a cadaveric liver transplant (which means getting the organ from a deceased donor and not a living donor) since my dad was overweight (almost 125kg) due to fluid retention in his body. Cadaveric liver transplants are more common in South India than in the North. So much information took a toll on us because we were not mentally prepared for something like this, instead we had had our hopes up thinking we would be walking out of the hospital feeling better, both dad and us. Coming back home, we were all in a state of shock and were not able to decide what had to be done.

On one hand, I had my dad who refused to go ahead and even consider the transplant option, and on the other, my mother who was ready to try everything to save her husband, to save our dad.

The months of January and February were quite taxing. It was finally by February end that my mother took the bold decision of going through with the transplant, and for that both my parents planned their travel to hospitals in different states. I was not able to accompany them because I was into my last month of internship in medical school. I was very tensed as, being a medical student, I knew exactly what all my dad was going through and how much time he was left with.

My parents began their journey to the three cities: Bengaluru, Chennai and Hyderabad. Meanwhile, all I could think about was how I could just finish up my work and get over there and join my parents. They had taken prior appointments in the respective hospitals and, once they reached, they were guided accordingly. Reaching Bengaluru, my dad had to undergo a few tests for the pre-transplant work up and subsequently his name was added to the transplant waiting list, the list that has names of individuals waiting for suitable cadaver organs separated on the basis of the organ required and the recipient’s blood group.

My dad’s blood group was AB+ve and this being an uncommon blood group in the Indian population, his name was 2nd on the list. The list was short but the wait was long!

The next stop was Chennai, but on the way to Bengaluru airport, my dad suddenly fell sick and had to be rushed back to the hospital. From there my dad had to be transferred to Chennai in an ambulance. In Chennai, the routine was the same and, after the pre-transplant work up, his name was added to the waiting list. Each state has its own waiting list and dad was again 2nd on the list. Dad received prompt and best quality treatment in Chennai. Therefore, we as a family decided to go ahead with the transplant in Chennai. 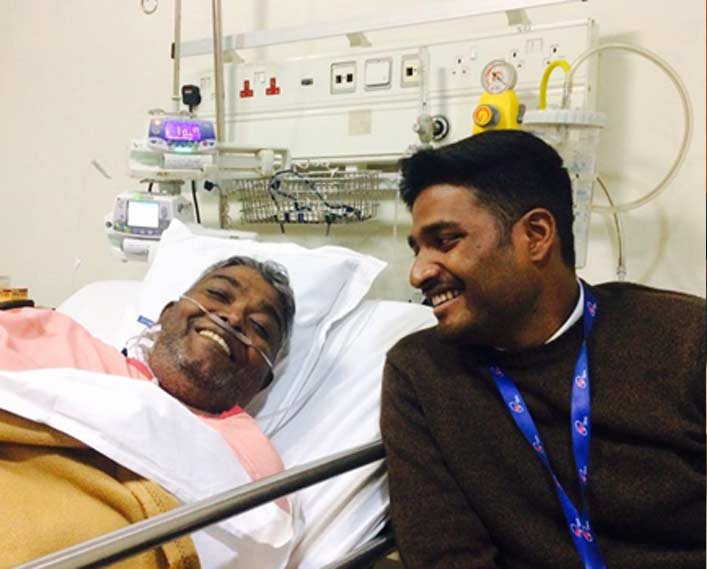 By the 1st week of April, my parents and I were in Chennai. We were on the list and waiting for a liver. During this wait, another door opened up for us: the fluid retention in dad’s body had reduced, which led to a major decrease in his weight. At a weight of 125kg, the recipient would require a complete liver for good post-operative recovery and life but, as his weight had reduced, my dad could now undergo a living donor transplant.

In the Live Donor option for transplant, the donor has to be below 60 years of age and of the same blood group. But as AB+ve blood group is a Universal Recipient, dad could receive a liver of any blood group. When I got to know that the Live Donor option was now open for dad, I was more than pleased to do something to save him. I volunteered to be the donor! My parents were taken aback. Obviously, no parent wants to inflict any kind of pain or trouble onto their child, the same was with my parents. They did not want me to go through it, especially my dad. He did not want me to go through a major surgical procedure because of an illness that he was suffering from. He wanted me to be safe and happy but my happiness lay in seeing my dad back on his feet, alive and healthy.

I went through the tests, and guess what? I was overweight by 12Kg! So now I was standing there, contemplating all the unhealthy food habits that I had developed during my 5½ years of MBBS. Every year I would think of losing weight but failed to do so. Now I only had one option if I wanted to become a donor: lose weight! I now had an aim, and in the back in my head somewhere I knew I would be able to achieve it. It was not easy going on a very strict diet of no sugar, minimal salt, boiled vegetables, and becoming more physically active, but I knew it was now or never.

At the end of two months, I was able to achieve the ideal weight. I then had another round of tests and clearances from every department to be completed. The tests came out in my favour. The clearance certificate required me to go to every department and get the approval for transplant. They would explain the risks of the surgery to me in each department. They explained in detail what the procedure would be like. They also did a Psychiatric assessment to make sure that I was donating my liver willingly and not under any pressure. Since I was a doctor, the consultants in every department understood that I knew what I was getting into. The support from the team at Chennai hospital was immense!

By the first week of June, we had cleared the formalities from the hospital. What remained now was the No Objection Certificate (NOC) from the Government, which was a long and tedious procedure. There was a huge amount of paperwork to be done. All of the paperwork had to be in English and the language of the state I reside in i.e. Hindi. I got all the typing and printing done in both the languages and, since our place of residence was Delhi, I had to travel there to get all the NOC documents sealed and signed by different Government officials. It was a strict and tedious process and it took me around 1 week in Delhi and around 5 days in Chennai to complete all of the documentation. After all this, the donor (me), the recipient (my dad), and the donor dependant (my mother), had to appear before a Government Committee in Chennai who gave the final clearance for the Living Donor Liver Transplant.

Finally, on June 21st 2017 at around 6:30am, I was taken to the operation theatre. My dad was taken in about 1½ hours later. It was a long surgery.
It was a tough time for us as a family, for my mother especially, who had her husband on one table and her son on the other. 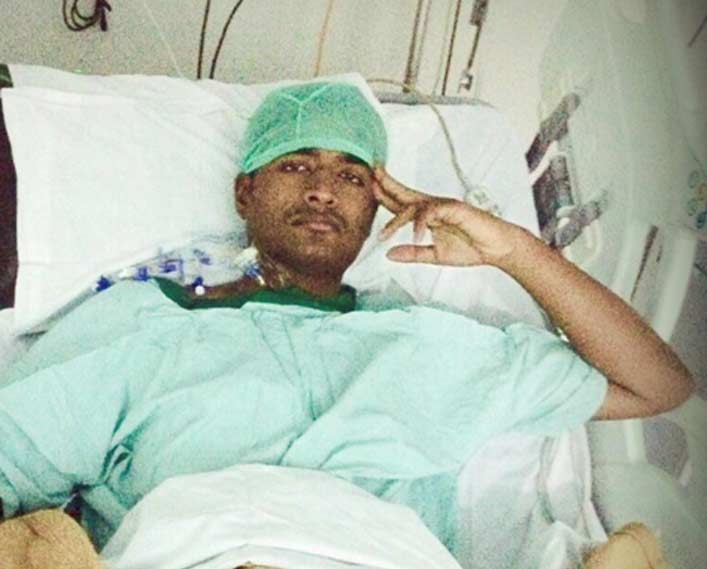 I was brought to the ICU by 4:30pm and my dad was brought out by 7:30pm. I was asked to start walking and moving around the next day itself.

On the second day, while I walked, I decided to stand outside my dad’s isolation room. He had this huge transparent glass for us to see him and for him to see us. I stood there, thinking about the boy who could not do anything to get his dad immediate medical attention after he fell unconscious, vomiting blood; and now, 10 years later, that same boy became the donor for his father. 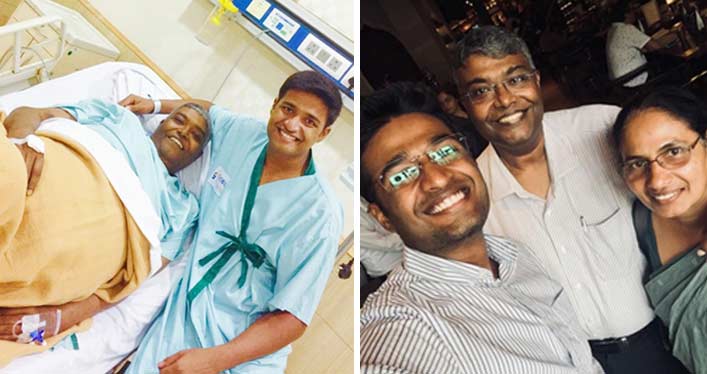 Today, looking back and recalling all the events, we as a family and the people around us know that what we did was the right thing. 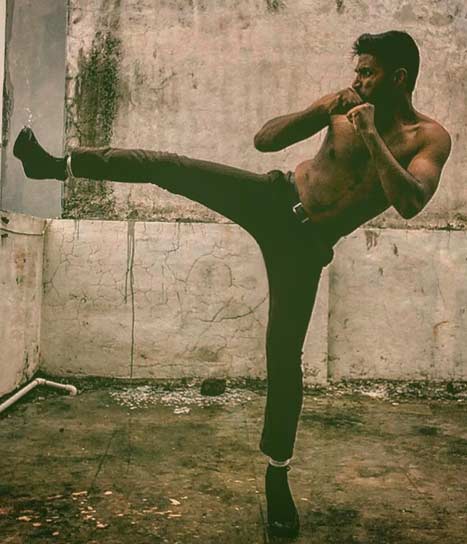 I am now fitter than ever.

Since the day I got discharged, I have been counselling and encouraging such families to go ahead with organ donation. Other sons and daughters willing to become donors for their parents have come up to me with their doubts and fears regarding the same. I was even able to talk to worried parents who were reluctant to let their kids donate to them. 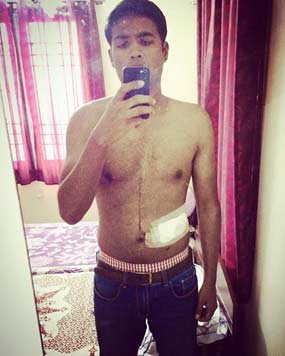 Thankfully, almost everyone I spoke to has gone ahead with it and is living a happy life somewhere in this world. Finally, I would like to end by saying that the one scar I am glad I have is this one, which constantly reminds me of how I could save my dad: Not as a doctor, but as a donor.