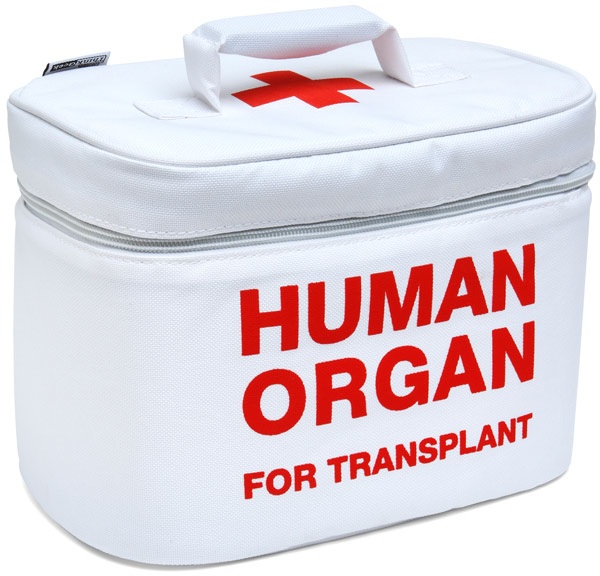 Organ donation and Transplantation is not new to India. As per Hindu mythology Dadhichi the great Rishi, donated his bones to prepare the necessary weapon to kill the demon king Brutrasur – a selfless act for the welfare of the mankind. All of us know the story of how the head of a dead elephant was transplanted on the shoulders of Ganesh, and similarly the head of the dead goat was transplanted on the shoulders of Dakshya Prajapati. These two acts clearly established that the ancient Indians had thought of transplantation!

Prevention is better than cure, thus goes the famous adage. But most of the times we are not able to take preventive measures due to ignorance and over confidence leading to negligence. So when the failure occurs we have to think of the solution. This is applicable to organ failure as well, hence, necessitating organ donation from one human body into another.

In India, we don’t have a system of health care. In the name of health care, whatever we have is disease care, which in turn means symptom care.

As far as kidneys are concerned, we all know the human body has got two kidneys while we can manage with only one. Because a person can survive with only one kidney he can donate one of the two even when he is alive.

Also unfortunately we will not see symptoms of kidney failure, unless our second kidney after the failure of the first one, fails to the tune of 60-70%. By then it is too late and the situation can be incurable, leading to dialysis/transplantation for survival.

Dialysis & Transplantation: Expenditure On Dialysis Vs. On Transplants

There is a common misconception that in case of End Stage Kidney Failure (ESKF) one can continue to live on dialysis and need not go for transplantation. Let us make a techno economic analysis. The main functions of the kidney are : 1) expelling the extra fluid from the body, 2) purify the blood and send it to heart for onward transmission to the different parts of the body, 3) regulate the blood pressure and 4) generate Vitamin-D in the body. The dialysis can perform only the 2nd one. Thus anybody on dialysis is only 60-70% normal, while the person having undergone transplantation is 100% fit.

Further assuming that a person lives for 10 years after the ESKF, he/she has to spend an amount of nearly Rs. 30 lakhs apart from 400 days of leave. (3 times a week dialysis @2000/- per sitting). The surgical cost of Kidney transplantation is only Rs. 3-6 lakhs depending on where you do the transplant, and the duration of hospitalization is only two to three weeks.

However, depending upon the match/mismatch of H.L.A between the donor and the recipient the expenditure on  immunosuppressants  would  vary from Rs. 15000/- -Rs.20000/- per month for the first 6 months after the transplant. The same is likely to fall to Rs. 8000 to Rs. 10000 for the next 6 months – 9 months. After nearly 15 months, the expenditure on immunosuppressants will fall to nearly Rs. 2000 per month for the rest of the life of the recipient.

But the crux of the issue is the availability of a kidney.

On seeing the success of the kidney transplantation (live donor), many people developed the idea that if kidney can be donated even during the life of a person, he can as well sell it and earn money to meet his various liabilities. The sale and purchase of kidneys became so rampant, that in Chennai people had the audacity of printing their visiting cards with the designation, KIDNEY BROKER. As long as the buyers were paying the committed sum to the sellers, the trade was going on smoothly. The trouble started when the buyers tried to cheat the sellers and there were a lot of police cases. In the absence of any written document the State could not intervene instantly. However the Govt. of India attempted to prevent the commercial transaction in kidney, by introducing into law the Transplantation of Human Organs Act of 1994, to regulate organ donation and transplantation in the country.

The Act provides for three types of organ donation, i.e. Living related, Living unrelated and Cadaveric (that is from a deceased person). As far as the living donor is concerned, the relationship has been defined in the Act as: father, mother, brother, sister & spouse. However through an Amendment in 2011, the relationship has been extended to the grand parents also. In case of unrelated kidney donation, permission has to be obtained from the Authorization Committee of the State Govt.

Even though Kidney transplantation is being performed at other parts of the country since mid sixties, the first living donated kidney transplantation of Odisha took place in June 1985 in VSS Medical College, Burla (A Govt. Hospital). After a long gap, the next live donated kidney transplantation was performed in November 2002 in Kalinga Hospital, Bhubaneswar. (A Private Corporate Hospital). Because of non-availability of a Transplant surgeon, they used to hire some one from outside, and hence they could perform only 29 transplants in the first five years, i.e. Nov. 2002 – Nov. 2007. Apart from the fact of non-availability of a full-time surgeon, lack of awareness among the people coupled with lack of confidence in the local doctors, were also the other reasons for such low performance. However with the spreading of awareness by MOTHER and appointment of a full time surgeon, the figure rose to more than 200 in the next five years.

As far as deceased donations go, that is organ donations from a dead person to a living person, none of the above hospitals has the facilities of (a) H.L.A. typing and (b) Leucocyte cross matching and hence no cadaveric transplantation is taking place in Odisha so far. That is, they lack the facility to match a deceased donor to a living recipient. They have outsourced the above tests, because of which the donor and recipient have to wait for nearly a week. This of course rules out a deceased or cadaver donation, as a week is too long to wait for a match.

Because of the lack of the testing facilities to ascertain the compatibility between the donor and the recipient, this is donor transplantation has not stared in Odisha yet. On an average nearly three hundred deaths due to end stage kidney failure are reported every year. There may be many more from the remote areas that we have no way of knowing about.

As for declaration of brain death in order to retrieve organs from a deceased person, since there are no testing facilities, no attempt has been made so far to ascertain the figure for brain death. All that is required of the state Govt. is to (1) provide the testing facilities at the earliest, (2) make declaration of the brain death in various hospitals mandatory and (3) help to generate awareness. Because of the awareness spread within last 7-8 years through the efforts of MOTHER there are instances of people volunteering to donate organs of their kith and kin.

There is a little ray of hope at the end of the tunnel, because of a directive by the Hon’ble High Court to the State of Odisha, in July 2014, in connection with another writ petition, to adopt the Jeevan DAAN Scheme of Andhra Pradesh, which is meant exclusively for cadaveric transplantation.