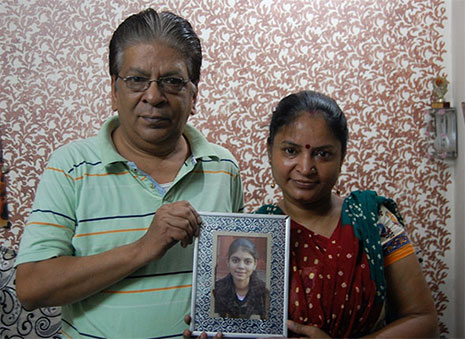 It was the 11th day of my fellowship with YES Foundation which had given me this huge opportunity to be placed with ORGAN India for a couple of months. While still unsure of what my new task would entail, my mentor asked me to come with her on a trip to the outskirts of Delhi to cover a small interview with the family of an organ donor. The objective was to meet them, hear their story and understand what motivates people to say yes to organ donation. It was my first internship with an NGO, and the concept of organ donation was interesting, but new. Nervous about whom we would meet and what we would encounter, I went ahead with an open mind.

The area spelt chaos as the lanes intertwined and inevitably we lost our way. As we tried finding our way through the streets, one small boy came and asked us if we had lost our way looking for someone. On understanding that we were searching for Mr. Pankaj Bindal and Mrs. Seema Bindal, his face lit up and he asked us to follow him. He could barely contain his excitement and told us that he knew the way. On asking him how he knew the address, he said “unko yahan sab jaante hain” (Everyone here knows them).

We finally reached the alley where they stayed. This was the first instance where I had come in contact with a family that had agreed to the charitable act of donating the organs of their loved ones. It felt like one of the bravest and toughest decision anyone would have to make under any circumstances.

I realised that all that nervous build-up had been unnecessary. The sweet lady who opened the door for us was smiling and extremely welcoming. There was a very cute little boy Vansh who seemed excited that we were there, but was shy. Mr. Bindal came out to greet us and we exchanged pleasantries. They were amused by the story of how the boy led us to the house. While I clicked some pictures, Ma’am spoke to them about Surbhi. Slowly the story emerged, of tragedy, loss, and finally the instant decision to help others in the face of blinding grief. 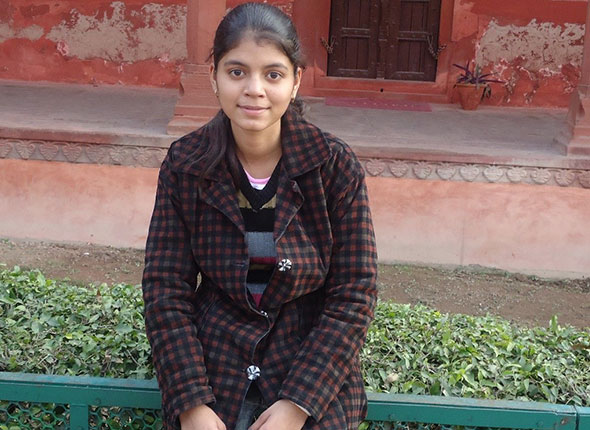 The 13th of September, 2013 was a regular day for the Bindals, or at least was meant to be when it began. In the narrow streets of Jagatpuri all was going about as usual. Surbhi, their 16-year old daughter was going to pick up her brother from the van after his school hours were done. She had just graduated from the 11th grade with flying colours and was considered the pride of the society she lived in. She had aspirations to be a chartered accountant and had already collected all the study material required to prepare for the gruelling exam.

She was rushed immediately to the closest hospital who told them that they did not have the equipment or the specialists to treat Surbhi. She was then rushed to a corporate hospital where they were in for an unpleasant experience. The hospital refused to admit her in the hospital unless the family deposited an overwhelming 50,000 rupees prior to admission. And because her family was initially thinking of getting her admitted through the EWS (economically weaker sections) category, the hospital was reluctant to admit her into the ICU and she was instead put in the emergency room.

The Bindals described the whole medical process as very harrowing, complicated and confusing and stated that the officials at the hospital were financially very demanding. Fortunately, Mr. Pankaj Bindal’s cousin was a practising doctor and he helped guide them through the whole medical process.
After an hour or two of deliberation, Mr. Bindal decided to hire a private ambulance and take his daughter to the All India Institute of Medical Sciences (AIIMS). Upon embarking on this race against time, it came as a gross shock to the family that the driver of the ambulance, who is supposed to be the answer to the speedy transport of the patient, did not know the route to AIIMS, which is the biggest medical institution in all of Delhi! He asked Mr. Bindal, who was in the throes of grief, to guide him. “My mind was in a state of panic. I didn’t know what to tell him”, said Mr. Bindal. Luckily the cousin being a doctor, knew the way.

The very next morning, AIIMS finally confirmed that Surbhi had suffered a brain death, and eventually suggested organ donation. To everyone’s surprise, despite having gone through a terrible ordeal, the family immediately agreed to the doctor’s suggestion of donating Surbhi’s organs. When asked if they needed time to think about it, Mr. Bindal said, ‘Not even for a second. My child was gone. There was nothing else to do. We said Yes instantly.” Both parents said that this is what Surbhi would have wanted done. 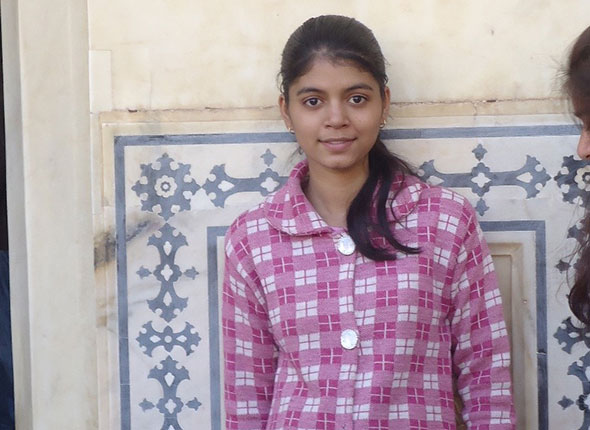 Surbhi Bindal donated her lungs, kidneys, liver and tissues, saving and enhancing a total of 8 lives that day. The Bindals met the recipients of Surbhi’s organs in what they described as an occasion that required nothing less than nerves of steel. It was not easy coming face-to-face with those who had a little bit of Surbhi living in each of them. But after a while, they soon stood as proud parents with their daughter being nothing short of a superhero, who saved not only the day but many years as well.

While we felt a little uncomfortable in the beginning discussing Surbhi with Vansh, her nine-year old younger brother, the Bindal’s assured us that he remembers everything that took place and they have not hidden any details about Surbhi from him. He knows everything about organ donation. They also sensitize everyone they come across, take part in events to promote organ donation, and are currently trying to organise a small awareness session for everyone in their locality. 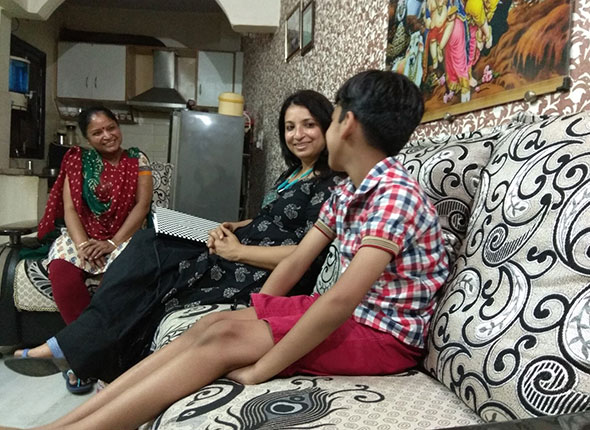 As Pankaj and Seema Bindal narrated the events from that dreaded day, a grey melancholy had flooded the room. I could not help but notice how the bright eyes that had welcomed us home, had slowly turned into dark voids filled with sorrow and irreparable scars that would stay forever. However, what gives them courage to move on from this tragedy is the enormous pride they have that Surbhi has been able to save so many people.

They proudly told us that Surbhi was one of the youngest donors at AIIMS. And that her photograph is framed at both the office of ORBO as well as outside AIIMS on the billboard as a sign of respect to her and to the brave decision that her family had to make at such a devastating moment. Surbhi is a hero. And so is her family. 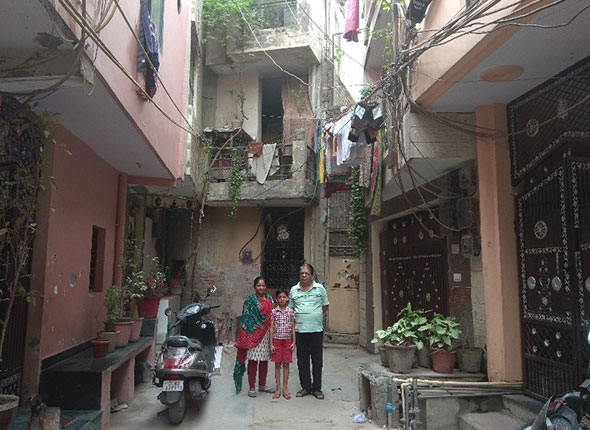 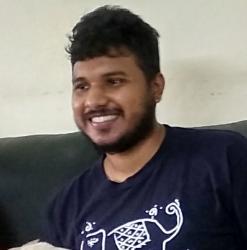 Fresh out of college, Aditya Vimal received his bachelor’s degree from Christ (Deemed to be University) in Bengaluru. He is currently doing his Fellowship at ORGAN India and is very keen to bring about positive change to this planet in his own small way. Exploring new ideas and concepts every day, he never intends to stop learning. With a knack for music, you will find it hard to separate him from his guitar on a good day.