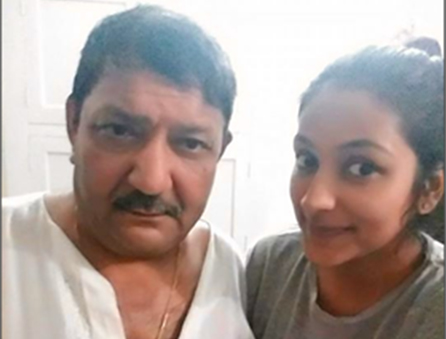 Honestly, I never in my wildest dreams thought that I would end up donating a part of my body to my father. I am from Burdwan, West Bengal, and was pursuing my graduation from Symbiosis College, Pune. The things that occupied my mind, just like of any other college going girl, were the plans for the next trip or the party on the coming weekend with friends.

I used to visit my parents once or twice a year. My father was diagnosed with acute liver problems accompanied with jaundice, high fever resulting in multiple visits to the doctors at Apollo Gleneagles, Kolkata. His hospital visits almost had become a routine activity for us. My mother used to always be by his side going with him to the doctors, making sure he was alright.

On the 10th of December, 2012 my mom called me and informed me that my father’s condition had worsened and he had been admitted to the ICU. Even though we were quite used to his frequent hospital visits, getting admitted in one, that too in the Intensive Care Unit made me feel that something was not quite right. I booked my tickets to Kolkata on the very same day and went to meet him. On reaching the hospital, we were informed that his liver had stopped functioning. He was kept in the ICU for a very long time under strict observation.

After a couple of days and extensive tests, the doctors told us that the only possible treatment was a Liver Transplant. They were also very specific that the donation could only be from a blood relation of my father. Deceased donation was not discussed. Now of course I know about people donating after they die, but at that time no such option was discussed with us.

We were ready for anything the doctor would ask us to do, to make him healthy again. After an initial round of discussions within our joint family, my mother, brother and I got our blood group tested to check who could be the possible donor. To our surprise and happiness, we all were compatible and possible donors for my father.

So then started the discussion of who among us would have the opportunity to save his life. We argued like crazy. Each of us volunteered to donate and insisted that the other person shouldn’t. Though we were all fighting but it was a very loving moment because we all cared for each other. Finally, I overruled both of them and took a decision that I will be the donor. Next day, we informed the doctor about our decision, and he was surprised and told us that it was a very rare moment when all the members of a family are so willing to donate an organ.

Usually transplant decisions are not made so quickly because of financial constraints and because family members don’t come forward to donate. He was pleasantly surprised at our immediate response to the need for an organ. 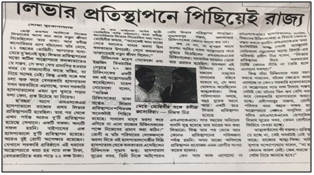 First liver transplant in Kolkata – Clipping from A Bengali daily

This was going to be the First Liver Transplant in Kolkata for which doctors were called from across the country and a special ward was created just for us. There is a very stringent procedure which takes place before you donate an organ. I had gone through multiple tests just to make sure that I was capable of donating my organs. The doctors are very careful in such matters. I vividly remember the sleepless night before the surgery, wherein I laid in bed apprehending whether the surgery would be a success.

Finally, the day of the transplant came. My father and I were in the same operating room. After meeting my mother and brother, the operation started. I only hoped for him to be fine by the end of it. Before I knew the entire procedure was done and I could vaguely see my brother in front of me, as I opened my eyes. 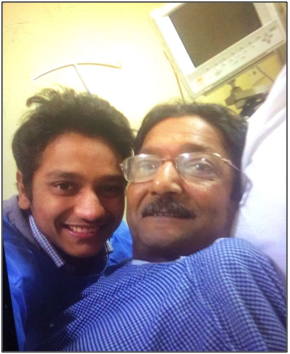 My father and brother in the hospitalpost the transplant surgery

The only question which came to my mind was if Dad was okay. Somehow, I managed to ask that from the doctor and he assured me that he was perfect and stable. I cannot explain in words, that feeling which I felt at that time. I was so glad that he made it. I was so glad that I was able to do something for him.

After the transplant I was under the hospital’s care for 15 days and was later discharged from the hospital. And in another 15 days my father was with me at home. Ever since that day I could feel a stronger bond between him and me. That bond was irreplaceable and cannot be described in any words. Ever since that day, my father said that he took another birth on this earth, all thanks to me. And I know how much that mattered to him.

The recovery had its challenges. There were pipes attached to my stomach and one up my nose. I wasn’t allowed to drink water for some time no matter how thirsty I got. 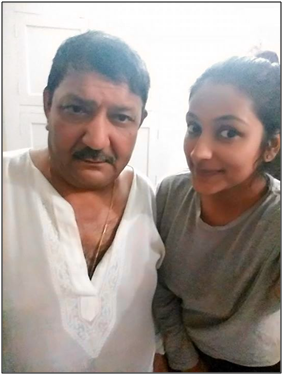 My father and I post-recovery

Because of the stiches on my stomach I was unable to walk straight for at least a month. I couldn’t get up for ten days and got bed sores. After the operation while I was combing my hair, and a bunch of it came out in my hands very easily, I had some sleepless nights too. At first it was all very scary, but after that with the love and support of my family I got fine very quickly and within a month I went back to college and resumed my life. After 40 days of the operation I went back to Pune. There were some restrictions on the diet but that’s it. No medication and no other problems. I was back to normal life and I had saved my father.

After the recovery, I always pondered about the miracle that is Organ Donation! It is very saddening to know that there are people who would not take the opportunity of donating an organ for their family members. How can they not feel the urge to save the life of the person who gave them life? For that matter, how can they not feel like saving a life when there is a possibility of doing it?

In my case, it was so strange to hear our relatives who asked stupid questions like who is going to marry me after the transplant because of a scar on my stomach. Some even expressed that it was not appropriate for a girl to be lying naked in front of a doctor during the surgery. I was in utter shock and disgust when they came up with such statements. They lost the respect I had for them and I told them if a guy refuses to marry me because of the scar, I should be the one shaming him in front of the entire world. 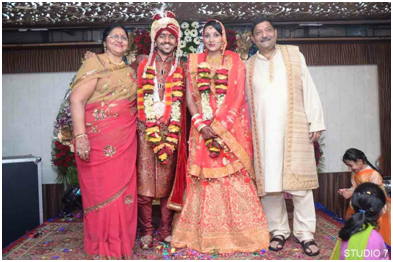 Somehow, I have always heard that people get afraid at the thought of donating their organs. This may be because they do not understand the facts and the feelings behind it, the feeling of saving a life! I personally feel that organ donation is not just a word, it’s a feeling. It’s a very very strong feeling. One should never back out from this opportunity. It is a blessing to be able to help another person. I don’t consider it a scar on my stomach. I consider it a stripe of honor, which I earned by saving my father. 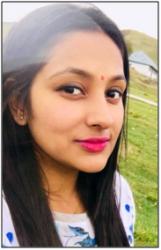 Mohini JasoriyaSood works as a Placement Coordinator at Chandigarh University, Punjab. Married for the last two years, she is an avid traveler and an organ donor. She loves to en-courage other people to go ahead for Organ Donation and tries her best to erase the taboo and stigma that is attached to this miracle that saves life for real.