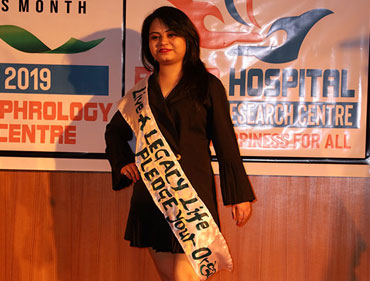 I was a happy go lucky girl who had just graduated and, like any other young person, I was planning a lot for the future. I had hopes, dreams, goals all lined up and just waiting for me to start working towards them. I always wanted to be somewhere in the Mass Media and Communication Industry and I was waiting for my chance to shine in the sun. 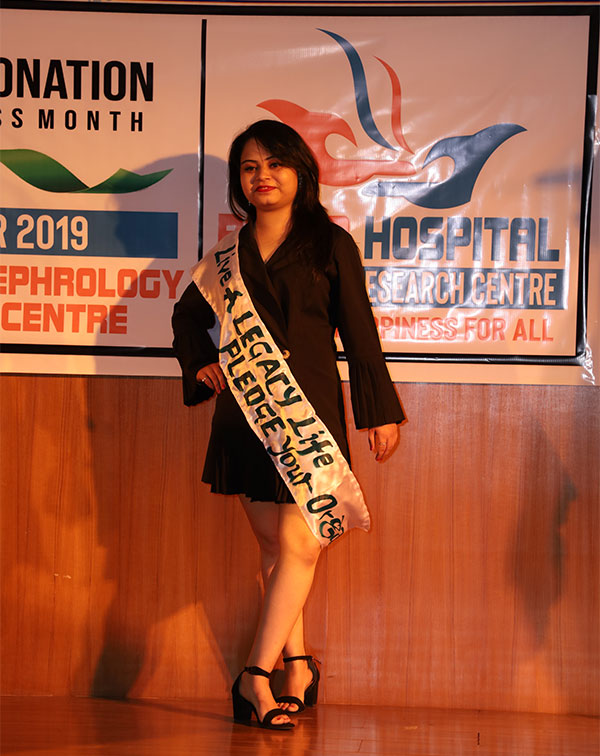 But life seemed to have a completely different plan for me.Life was good, if not perfect, until the event.

One night, I wake up shivering, sweating, and hurting on a hospital bed. I see her, sleeping on the next bed. I hear her breathing heavily and murmuring my name anxiously in her sleep. I get up to reach out to her, move my fingers in through the strands of her hair. She wakes up, her eyes moistened.
She, who is the reason I am breathing, and still a part of this world. What if I didn’t have her, or didn’t have someone who could do this for me? Would I still be alive to tell you my story?
Wondering who I am talking about and how I ended up in a hospital? Let me take you through my journey…

It was September 2013. It was a beautiful season, full of bright colours. The birds were singing, and you could feel that the nature around you was flourishing.
I suddenly developed a high temperature. I was taken to a nearby hospital in Agra. My condition was such that I was admitted right away. I was diagnosed with Dengue and was under heavy dosage of drugs, with numerous syringes being poked into me daily. After a hospital stay of 10 days, I was discharged. The doctors claimed that I was good to go but I didn’t feel alright, and I knew something was off. Within a day or two, I started vomiting everything I ate. I vomited blood too. All this was indicating that there was something more to it, something serious. And then started the relay of medical tests. A lot of tests were done – among them was an ultrasound, which revealed something that I was unaware of until the age of 23.
The scan revealed that I was born with one single kidney! They say a person is capable of surviving on one kidney, so what went wrong? Before the entire family or I could have reacted to this, we got to know that the only kidney that I had was shrinking. I couldn’t understand it. I didn’t know what it meant for me and what the future held. I was in shock. It felt like a death sentence where I didn’t even have a chance to plead my case. My home of dreams was shattered, even before I could start building them up.

I was referred to a nephrologist and the tests were administered again, along with kidney function tests. I was still in denial and was hoping against hope that all I had heard till then wasn’t true. But reality hit me hard when the tests confirmed that my kidney was soon going to fail – 80% of it was damaged and the creatinine levels were abnormally high, which meant I had to soon go on haemodialysis.

Haemodialysis. A new term for me and for my entire family. The doctors had put in all efforts to help us understand every procedure of the treatment. We were getting ready for haemodialysis, a temporary solution, but my only chance of survival for the immediate future.
It was a new thing not just for me but also for the entire family. We were getting ready for the dialysis process. As my father had retired from the Indian Navy, I could avail medical facilities at a defence hospital. The treatment started in Delhi R&R (Army Hospital), where I was admitted for nearly 20 days. These 20 days brought immense fear, curiosity, and a lot of helplessness. I had lost all hope and just handed over my body to the doctors, putting my trust in them. They tried inserting the catheter through my neck, but the attempt was unsuccessful.

My condition was getting worse day by day and I urgently needed dialysis. All the reports showed increasing levels of creatinine, potassium and blood urea. Dr. A. K Hooda (HOD Nephrology, Army) took up my case and set up an appointment to take us into confidence and to explain how necessary it is for me to undergo dialysis as soon as possible. I could do nothing but trust the team of doctors. The dialysis procedure was attempted again, this time through my thighs, and it was successful! Within a week I was on Continuous Ambulatory Peritoneal Dialysis (CAPD), a type of portable dialysis. This process was a bit relaxing as haemodialysis was difficult for my case. I must say that doctors would visit me regularly. They didn’t just check on the progress of my condition but also did their best in supporting me and my family and increased our morale. 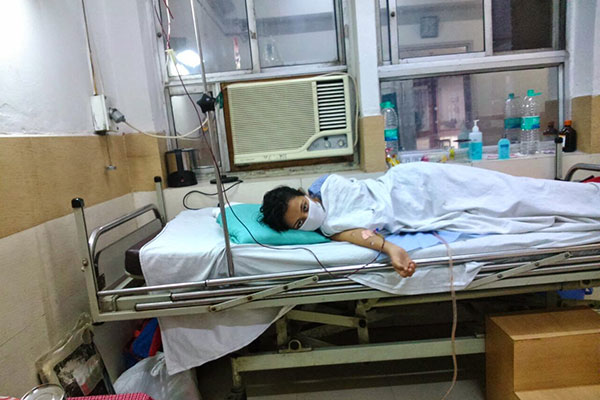 Meanwhile, my parents were getting ready for the next big thing – the transplant. Dialysis was just a temporary solution. It is just one stop in a patient’s journey to a transplant if they are eligible for kidney transplantation. To live a normal life, I needed a kidney transplant. But before that, a pre-evaluation was needed. We first familiarized ourselves with the entire procedure. I needed a donor and was lucky to have both of my parents who offered to donate. The evaluation showed that my mother could donate her kidney to me. 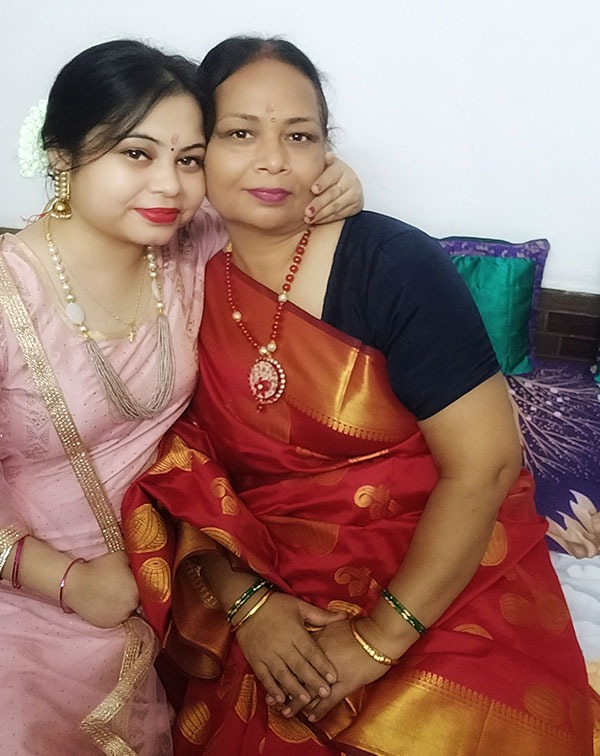 Things started falling into place. A thought struck me then: What if the evaluation hadn’t matched my mother and me? Would I have been able to find a donor within a limited time? It kept me thinking about those who struggle to find a donor. Your life or death is decided solely based on your luck, and time plays its game. My mother selflessly devoted her entire time, attention and energy. She showed immense courage and support throughout the struggle. I felt hopeful on one hand and, on the other, was petrified about the probability of success of the surgery and my life ahead, but even more for my mother.

Just as things started looking up, we had to face another setback. The reports and my past medical history showed that there were issues with my bladder size. It was small compared to other healthy individuals, which was the reason I had to go to the washroom frequently during those times. This was considered a problem for the new kidney if the transplant happened. The surgeon said that the transplant couldn’t take place under such circumstances. My case, which was kind of progressing smoothly yet slowly, suddenly came to halt. This brought more complexities to the already messed up state I was in.

After several meetings, discussions, and suggestions of doctors on my case, it was Dr. Col. A.J Ram and Dr. Dhawal Arora who took the case to the next level. The doctors decided to go ahead with the procedure after calculating all the risks. The hospital made sure that we understood the entire process before we consented to it. My family had made up their mind that they would fight this with me together and stood like a rock. 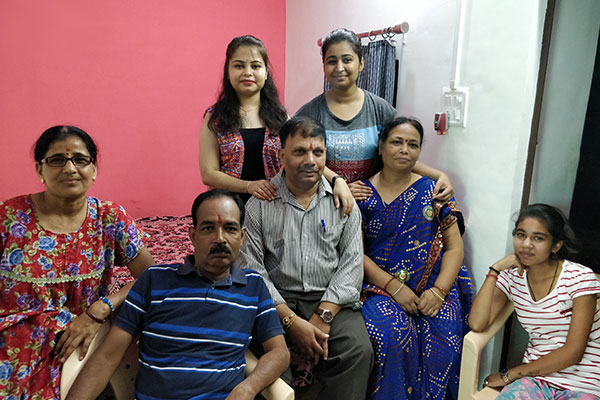 The process started again, all the tests and formalities were done. The transplant date was drawing nearer. I was admitted again on 20th Oct 2014. It was then that I met Dr. Col. Sandhya Ashok. I call her Maa as she took care of me in the best possible way, made me look at the bright side when I needed to.

It was 23rd October 2014 – Diwali – day of light and hope. I prayed for the success of the transplant procedure so that all efforts of my parents and doctors didn’t go in vain. I was nervous and couldn’t sleep the entire night. As I lay awake next to my mother that night, I was trying to calculate the amount of pain she would have to undergo for me. My mother did try to calm me down, but I stayed quiet till the moment I could finally fall asleep. And the next morning was the big test for all, it was more like a battle which we had to win at all costs and end this year long-suffering. It was 4:30 in the morning the next day when I was shifted to the operation theatre. My father and I shared a glance and I couldn’t help but cry. Ma took hold of the situation, hugged me, and wished for the success of the procedure. The procedure took several hours, and it was the afternoon of the 24th that we all got to know that the procedure was successful.

However, the struggle was still not over – the very next day doctors discovered that I had UTI (Urinary tract infection) and I was down with fever. We didn’t lose hope. I was put on antibiotics and was monitored for the next 17 days. The lab reports were finally all good and I was ready to go home. My mother was also recovering well. 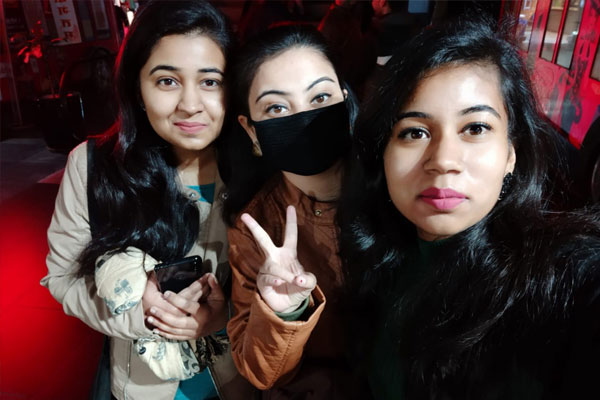 This transplant has given a second life to me and today I feel blessed for the life, family and friends that I have. I walked back into my life and tried to pick up things from where I had left them. 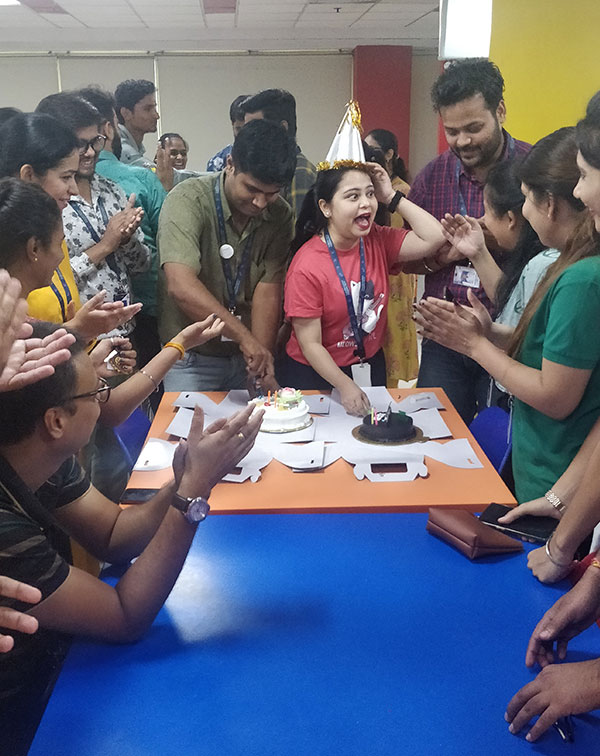 Today I do everything a healthy person can do. I am working just like any normal person and having fun. This article is an attempt on my part to pass on hope to those who are suffering. I take an active part in conferences to speak about my journey and the importance of organ donation. Ma, who is the reason I am alive today, hosts many events for the same cause.

It feels great to kick back into life and value every breath I take. FIGHTER is what I feel like and would love to be called because the whole experience, despite being bumpy, has been an eye-opener for me. It has made me realize that positive outlook, hope and faith, with your family’s support, can work wonders.

In the hope of inspiring another Neha, I would like to quote,
“Without the organ donor, there is no story, no hope, no transplant….but when there is an organ donor, life springs from death, sorrow turns to hope, and terrible loss becomes a gift.” 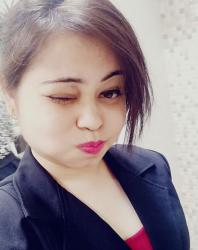 Neha Sharma is 28 years old and comes from a middle-class family. Her father was in the Indian Navy and thus did all her schooling and college in different parts of the country. She is currently working as an Associate (credit card verification offer) in Genpact in Rajasthan. Neha loves making new dishes for her family and friends, reading about health and nutrition, taking care of herself, helping people, exploring places, dancing and making the most of life!