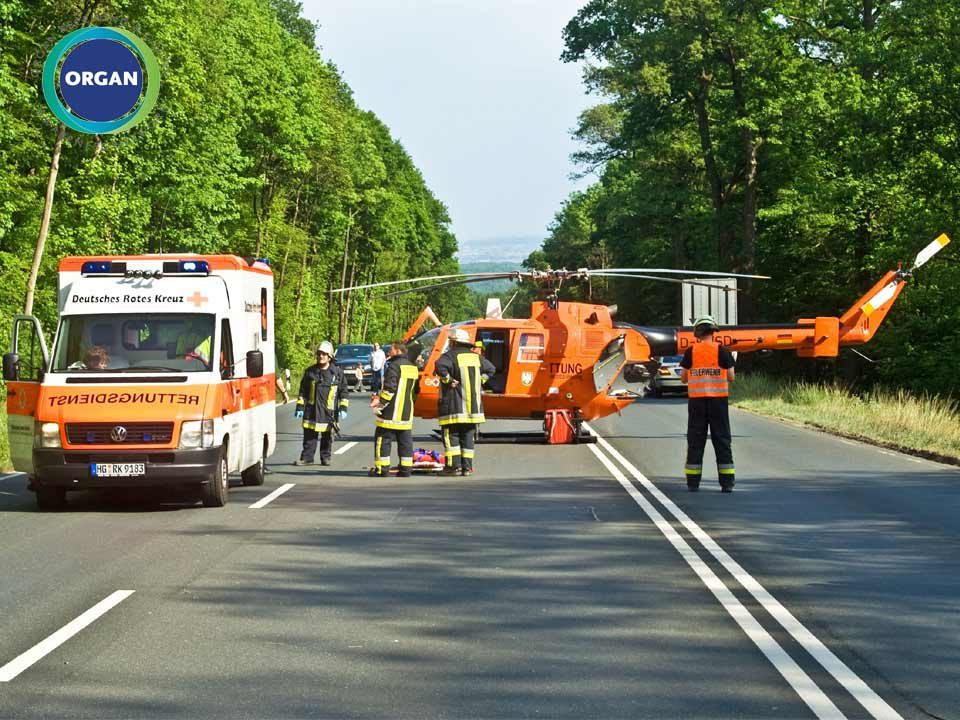 India has the highest number of road accidents in the world resulting in more than 1,50,000 deaths every year in around 4,50,000 serious accidents that take place on our roads. Everyday 410 people die on Indian roads. The equivalent of a jumbo jet crashing every day! 547 people die daily due to lack of a kidney transplant. The demand for different major organs hugely outstrips the supply. And last but not least, are the thousands of people dying daily because of a lack of prompt and evolved emergency response measures, choked roads and delays in getting critical patients to hospitals in time.

Last year alone, more than 8,600 people and 23,000 people respectively had met with serious road accidents in New Delhi and Mumbai alone, as per official data. The number of critically sick patients is much larger.

Why does this happen and how can some of these deaths be prevented? Till now there has been no clear answer to these questions. But we believe that we have a solution that will prevent a lot of these deaths from happening.

The government is working on a integrated trauma response network at a national level. The network will include Road Ambulances with Advanced Life Support (ALS) and Helicopter Ambulances.

Soon people from all over India will be able to call a national helpline number such as 112 to avail the facility. Flying Ambulance Foundation is an NGO which will be operating the fully-equipped Road Ambulances and Helicopter Emergency Medical Services (HEMS) initially in Delhi/NCR and Mumbai, free of cost for accident victims under our Corporate Social Responsibility (CSR). A similar service is planned from Trauma Centre on Mumbai-Pune Expressway, and then hopefully – all of India.

How It Will Work

When a person faces a medical emergency situation at home they are plagued with worry. Whom do I call? Will the helpline work during night? Will they be able to reach home on time (it might be peak hour traffic)? Will there be a doctor in the ambulance, and will he have the right equipment and skills to attend to the emergency on on-site? Here’s how it will work.

This service will be seamlessly integrated with ground ambulance services of Hospitals/ Government. The ground ambulances which we plan to operate will be complete with Advanced Life Support (ALS) and with Metal Cutting Equipment for fast extraction of accident victims from vehicles. We plan to position our road ambulances all across the city at pre-determined locations for reaching accident victims and critically sick patients within minutes.

The call regarding an accident would first reach the trauma centre number like 112 which would coordinate the activities.

In case HEMS (Helicopter Emergency Medical Service) is required, the Trauma Centre coordinating the activities would also alert and Police if not already present at location of critically sick patient or accident site, and also the Fire Brigade, and would advise the helicopter to leave the base station within minutes.

The response from all involved in the activity like Police, Fire Brigade and HEMS Helicopter would have to be rapid as delay in response time could prove fatal for the victim.

After the call is made to 112, a ‘Ground Emergency Medical Service (GEMS)’ ambulance which is positioned nearest to the patient will reach the patient. This GEMS ambulance has on board a doctor, paramedic and supporting staff and with a fully-equipped with advanced ICU, and metal cutting tools for fast retrieval from a vehicle. In case of an accident, a Ground Ambulance and police van would be prompted to reach the accident site. The doctor in Ground Ambulance after reaching site would advise if support of a Helicopter Ambulance is required for the patient.

The guidelines for landing at any location nearest to the accident site, without any prior approval have now been issued by the Directorate General of Civil Aviation (DGCA), Government of India. Hence the Helicopter Ambulance services will offer fast Medical Services by promptly reaching and attending to accident victims (road, rail, industrial accidents etc.) including reaching and transporting critically sick patients (heart attacks, who need prompt medical attention etc.). The HEMS helicopter leaves its base with 2 pilots, one doctor and paramedic each.

This clip will give you an idea about what the helicopter will look like and how it will operate.

As per the guidelines issued to minimise the response time, the helicopter would be allowed to land nearest to location from where the patient has to be airlifted or to the accident site which is found suitable by the pilots without any prior permissions. The helicopter would be able to land nearest to the site required after the Police reaches the landing site identified by the pilots in the Helicopter. As per DGCA guidelines, a Fire Brigade also has to reach the site in order for the helicopter to land and is required to be present till take off.

Once the pilots identify the landing site which can be as small as a tennis court nearest to the accident site, with support of the local police on the ground, they will land and complete their mission. It could be in the local park, on a playground, on a wide road or wherever close to where the chopper is needed. The clip below will show you how it lands on a street.

We are also in talks with hospitals and are identifying areas within the hospital premises, preferably right next to the ICU’s where the helicopter can land with the patient. The patient would be taken to the nearest suitable hospital (decided by the GEMS doctor) which has a helipad facility.

Emergency response teams like these are already in place in countries throughout the world. The picture below is of a Helicopter landing in Trafalgar Square. We will also facilitate for fast transfer of human organs for transplantation. Gone will be the need for green corridors and delays in getting an organ from one part of the city to another, or from a satellite city to another. Once the service is operational, organ transplants will be easier to carry out.

The price of a new Helicopter Ambulance capable of operating 24x7x365 , fully equipped with required medical facilities, related equipment, etc. is around Rs. 45 crores. The cost of Helicopters and operational costs will be met through CSR contributions by our group companies, like minded corporate houses and donations.

Receiving treatment within the golden hour can make the difference between life and death. Our first helicopter will arrive in nine months and we plan to start with Mumbai and Delhi as pilot cities with four helicopters in each city. HEMS would cover all towns and cities up to 140 kms from its base stations at Delhi, Mumbai and its Trauma centre on the Mumbai-Pune Highway. HEMS would help in fast transportation of accident victims , legally harvested human organs (one donor can save up to 9 lives) and critically sick patients to hospitals, without the need to create green corridors with the support of the local police incurring huge cost an inconvenience. Faster treatment would reduce human suffering, reduce the cost of treatment and resulting in faster recovery, thus, reducing physical, emotional and financial burden on the families. We endeavor to do our best! Sai Craft Limited has formed a Section 8 company M/s FA Flying Ambulance Foundation under the provisions of Companies Act 2013. Sai Craft Limited was incorporated in 1991, and is committed to start and operate this service for the noble cause, in collaboration with like-minded organizations/individuals/institutions with government support. A governing board with eminent people of repute will be formed soon to oversee the operation of this not for profit foundation. You can write to the Flying Ambulance at saicraft@vsnl.com and check out their website at http://www.flyingambulance.in