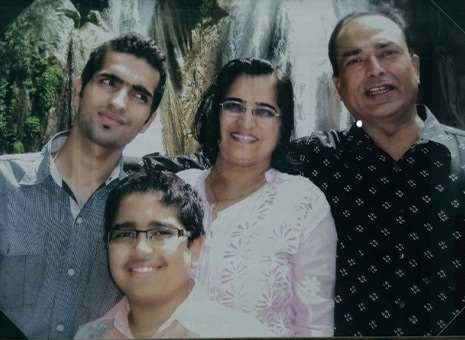 “It took me half a second to consent to donating my son’s organs when the Doctors declared him brain dead”, says Sanjay Gandhi, his eyes brimming with tears and memories of a devastating moment in his life. He proudly points to a Medal of Honor that adorns the wall of his house, presented by the Government of India as a token of appreciation and gratitude for their family’s selflessness. 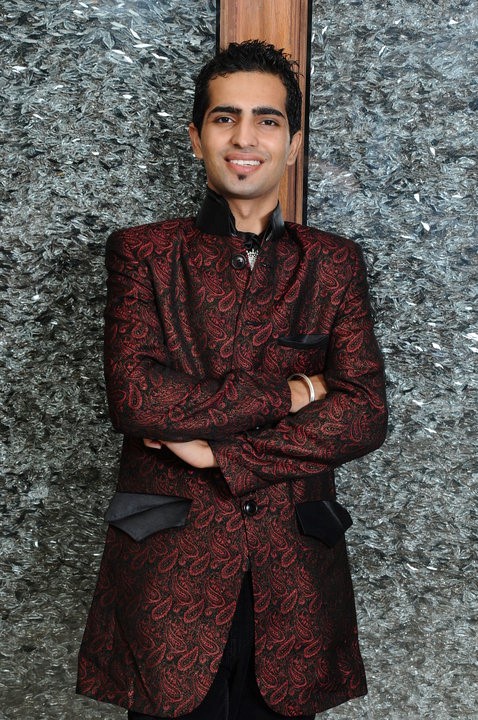 This is not a story you hear every day. It is a story woven by sorrow, sacrifice, selflessness and hope.

Life took a tragic turn for the Gandhi’s on the night of March 6, 2013, when their 22-year old son Parth met with a motorbike accident less than a kilometer away from their house in Chandigarh. It resulted in a severe brain injury.

Parth’s mother, Sunita vividly recalls the first night at the Government Medical College & Hospital where she sat praying while pumping oxygen into her son via a manual ventilator. “He was in a comatose state, but the doctors told us to have conversations with him, as he could hear us and feel us’.

They did just that, but seven days and several surgeries later, Parth lost the fight and was declared brain dead.

As the doctors broke the news of brain death to a shattered father, they also informed him that his son’s organs could be donated to help others live. “Dr. Vipin Gupta explained that even though my son was breathing and felt warm, was no more. The way he explained it to me, that it could give the ray of hope to patients waiting for an organ, it was easy for me to take the decision.” 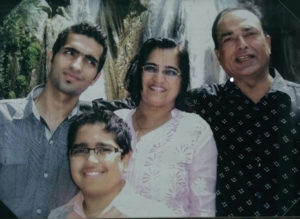 Despite having no prior knowledge of Brain Death or Organ Donation, Mr. Gandhi immediately consented to donating Parth’s organs.

The next big step was to break the news of their son’s sad demise to his wife. He also had to tell her that he wanted to donate Parth’s organs as her consent was imperative. She sat surrounded by their relatives, friends and well-wishers, who had all come to the hospital for support.

Devastated by the news of her son’s death, she nonetheless held her head high and agreed with her husband that organ donation was the way forward. This was the only silver lining in the cloud – their son’s heart could still beat in someone else’s, his eyes could help someone see this beautiful world, his other organs could save someone’s life.

Not everyone around them affirmed their decision, but Sanjay’s conviction helped everyone through the acceptance of loss, and of giving.

At the hospital, a team of doctors, nurses, paramedics swung into action as soon as the consent was given. Parth was transferred to PGI from GMCH, Chandigarh where all his organs were retrieved. The heart and the liver were flown to Delhi in an Army aircraft, which was a first in the history of PGI, Chandigarh. Other organs were transplanted to people in and around Chandigarh, thus saving lives of more than 8 people. 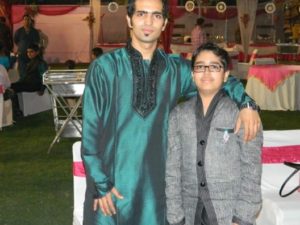 Parth had always been a source of pride and a symbol of excellence for his parents and younger brother Dhananjay. An engineer by profession, he was pursuing M.Tech from Chitkara University. He had recently been offered a job in a prestigious IT Firm and the family had been overjoyed at the successful completion of his studies.

“Dhananjay had always looked up to his elder brother for any kind of guidance in life and was showered with immense love and affection by his favourite. Parth would be always ready to pamper his younger brother, and spendtime with him, despite his strict academic schedule,” says Sunita Gandhi.

“His friends and family could always count on Parth for any support or help they needed, and even in his death, Parth gave the gift of life to people he had never ever met!” says his proud father. Today Parth may not be present in a physical form, but he has attained a form which is limitless and formless. He is now a breath, a sight, a tear, and most importantly, a smile.

Sanjay and Sunita Gandhi are now on a mission to spread awareness about Organ Donation and have joined the crusade to save lives. Mr. Gandhi frequently visits hospitals to convince and encourage families about donating organs, by sharing his own experience with families who are facing a similar situation.

“We all need to join hands to change the grim rate of Organ Donation in the country. I feel that Government has a bigger role to play, and the families of organ donors must be honored with health security which will help them take the big decision.” 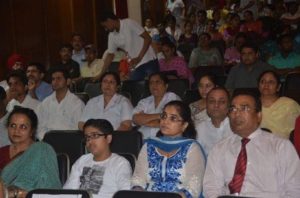 Mr. Gandhi has been speaking at various forums, sharing his personal story with all sections of the society to spread the word, and bust the myths about organ donation. He questions the difference in our thinking regarding donating an organ and receiving an organ.

Statistically, he says it is much more likely that you will need an organ transplantation at some point in your life than that you will be able to donate one yourself.

He encourages everyone to pledge their organs and tell their family members about the decision.The family’s decision set an example of generosity and a faith in humanity amongst all around them. Even though the concept of donating organs of a dear one challenged the religious beliefs or practices of some members in the family, their decision was appreciated by everyone. Mr. Gandhi fondly remembers the en-couragement and a “standing ovation” he received from his Boss, when he informed him about the noble deed the family had done.

Felicitated by NOTTO and Union Health Minister in 2015

The courage and faith of the Gandhi family has helped save many lives and they have been felicitated by National Organ & Tissue Transplant Organisation (NOTTO) and honored as Heroes, along with families from all the over the country, whose selfless acts have transformed lives. Parth lives on, today and forever! And the medal hangs high and proud in his family’s home.

Jasneet Kaur joined ORGAN India in April 2017 as a Project Manager. She is responsible for coordinating ‘Let’s Get ORGANized’ awareness sessions in schools all across India, and helps in research, advocacy, social networking and Project Implementation. She is an advocate by profession and has been involved in the social development sector, working on issues like sex trafficking, education and now, organ donation. She is currently pursuing distance Masters in Social work (MSW). Born and raised in Chandigarh, Jasneet is a traveler at heart, and likes to be on the move!